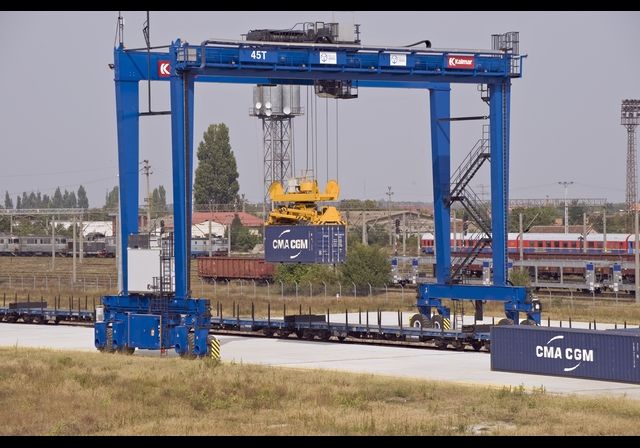 This year a project for the Cargo Center Curtici (Western Romania) was launched, whereas EUR 9 million – 40 per cent from the European Union – will be invested for the expansion of services.
On the free area between the terminal and the warehouse five new rail tracks will be built with the length of over 650 meters, including three tracks for loading and unloading under a new gantry crane – scheduled for April 2016.
The existing concrete area of the terminal for the storage of containers will be extended by 13,000 square meters with planned startup in October 2015.
On the side wall of the warehouse four new dock shelters will be built till December 2015. The existing parking for trucks has already been expanded by 7,000 square meters. Furthermore Cargo Center Curtici has already been started to build up its own truck wash – planned startup in October 2015.
The third floor of the office building will be thoroughly renovated – planned startup in September 2015.
www.tradetrans.com