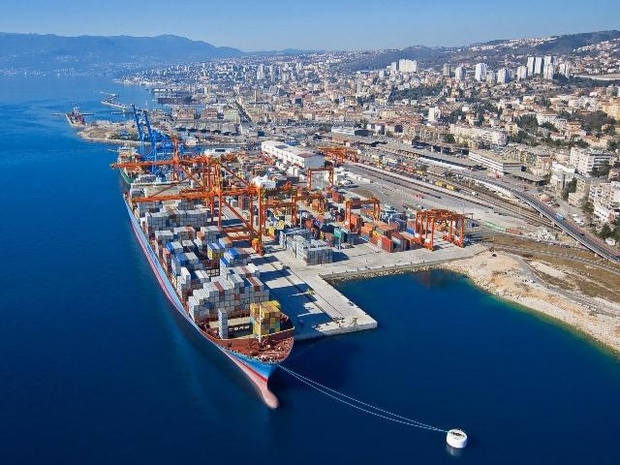 The former 168,761 TEU throughput record from 2008 was knocked down at Adriatic Gate Container Terminal on 11 December. Georg Maersk, a 367 meter long container vessel berthed in Rijeka early Sunday morning, the operations lasted from 3:20 AM to 6:35 PM and in that period the company handled 809 containers, equivalent to 1,236 TEU. With the cargo handled from this vessel, the total current annual turnover is 169,742 TEU, 12.72 per cent more than the same period last year.

Georg Maersk is one of the vessels employed in this regular weekly service directly connecting Rijeka with the Far East ports, a Maersk and MSC joint service.