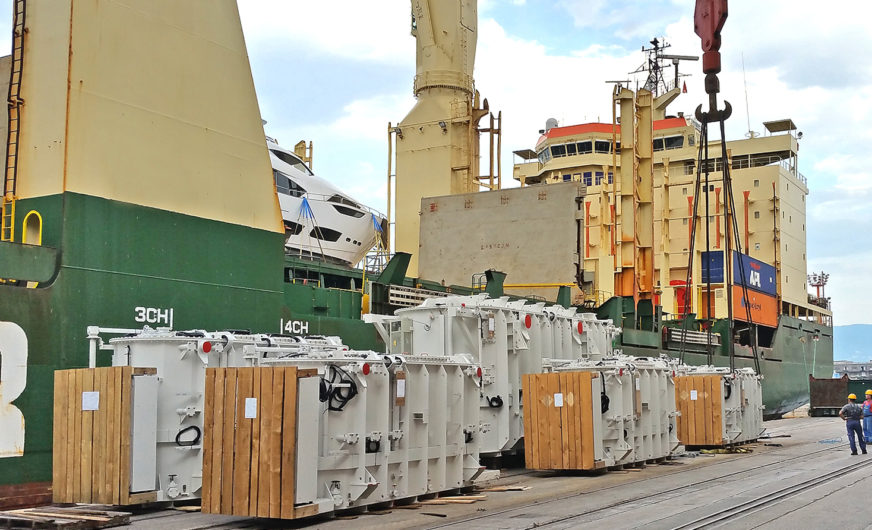 Rickmers-Linie’s heavy cargo vessel Rickmers Tokyo is now the record holder for the largest single shipment of transformers from the port of Rijeka, Croatia. The vessel took over a total of 15 transformers weighing between 56 and 142 tonnes recently, representing the largest number of transformers ever loaded in a single call in Rijeka.

Twelve transformers were manufactured by Koncar Power Transformers Ltd., a joint venture by Siemens and Koncar Holding, further three transformers by Koncar D&ST in Zagreb. Port handling of this shipment was taken care of by Liburnia Maritime Agency, Opatija.

“Regular calls at Adriatic ports in recent months demonstrate the enhanced flexibility of our liner services from Europe via the Middle East and India towards South East Asia and the Far East.” said Kai-Henrik von Taube, Director Line Management at Rickmers-Linie. “Customers know us for reliable scheduled liner services, but there is more to this concept: it includes the ability to add new ports of call, either on a temporary or on a permanent basis, to the scheduled services, also – for example – in the Adriatic Sea.

Rickmers Tokyo is one of nine identical sister vessels of the “Superflex Heavy MPC”-Class employed in Rickmers-Linie’s Round-The-World Pearl String service. These 30,000dwt multipurpose heavy lift vessels come with adjustable tween decks and a crane capacity of up to 640 tonnes.