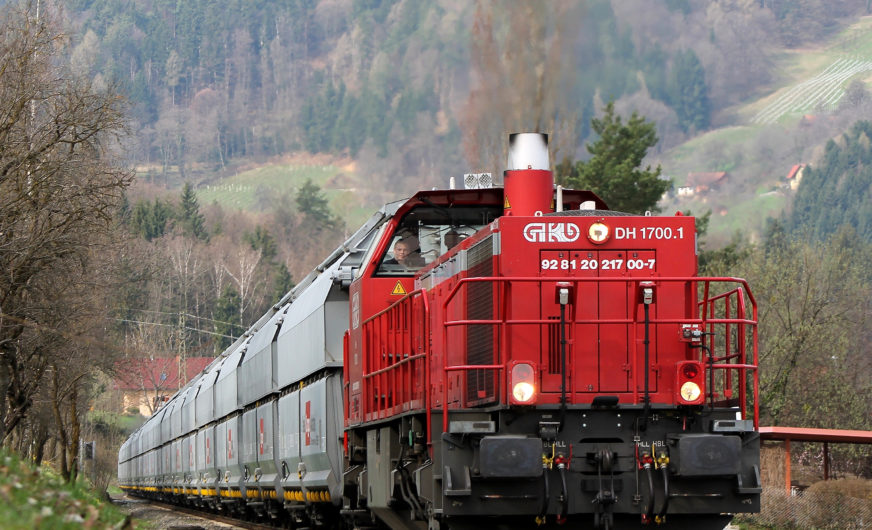 The search for a new strategic partner for the railway operator LTE Logistik- und Transport GmbH (Graz), which had been a 100 per cent-subsidiary of Graz-Köflacher Bahn und Busbetrieb GmbH (GKB), was completed now. As the new business partner, Rhenus will take over a 50 per cent-stake in the company from GKB.
A new partner has become necessary, as those shares had to be sold again due to a new regulation of the federal competition authority because of the buyback of the shares from the former partner Porr in the meantime. The agreement between Rhenus and LTE was signed on 17 June 20215, but it still needs the approval of the European anti-trust authorities.
LTE has its current focus on Central and Eastern Europe. With their 220 employees and locations in nine countries, the enterprise moved about 6 million tonnes of goods in 2014, generating sales of about EUR 70 million. Through this cooperation with the Rhenus group, LTE gains access to new lucrative markets, such as the economically important Rhine Ruhr-region or the Benelux countries.
Rhenus will in future share the responsibility for LTE Logistik- und Transport with Graz-Köflacher Bahn und Busbetrieb (GKB). National licensed operations by LTE in Austria, Hungary, Slovakia, the Czech Republic, Romania, Poland and the Netherlands will complement Rhenus’ existing portfolio of railway licences in Western, Eastern and South-Eastern Europe. Rhenus will be also able to make use of 32 locomotives and a large number of goods wagons when planning and operating cross-border railway transport services.
“We’re expecting our holding in LTE to increase our market opportunities in the European rail transport business. The products offered by Rhenus will become more diverse and more efficient and the level of coverage on the continent will improve to a considerable degree,” says Thomas Maassen, who is responsible for Rhenus Rail.
The Rhenus Group significantly expanded its activities in railway goods traffic by acquiring 50.1 per cent of the shares in the Crossrail railway company at the start of this year. The holdings in Crossrail and LTE enable the logistics specialist to make the most of its opportunities as a significant private operator of railway transport solutions in Europe.
“The particular strengths of our new partner are a trimodal transport offer and reliable order processing. These established structures will also be a benefit to the LTE group,“ says Mag. Andreas Mandl, Managing Director LTE. Together with our new strategic partner the successful development of LTE Logistik- und Transport GmbH will be continued,“ added KR Mag. Franz Weintögl, General Director GKB.
www.lte-group.eu    www.rhenus.com