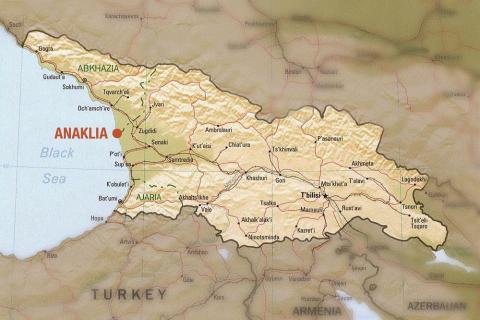 Georgia’s Ministry of Economy & Sustainable Development announced on 8 February that the Anaklia Development Consortium LLC has been awarded the contract to build and develop a Deep Sea Port in Anaklia. The USD 2.5 billion project will establish a new maritime corridor between China and Europe, helping restore the historic “Silk Road” and stimulating national and regional economic growth.

The Anaklia Development Consortium is a joint venture between TBC Holding LLC, which is based in Georgia, and Conti International LLC, a major United States-based developer of infrastructure and capital projects. Other key partners include the leading port designer Moffatt & Nichol and the leading port transaction advisor Maritime & Transport Business Solutions from the Netherlands.

The government of Georgia, which initiated the project, has committed to invest USD 100 million in ensuring its success.

Construction on the project is scheduled to launch by the end of 2016, subject to completion of environmental reviews. The Port will be operational three years after its groundbreaking. The project is expected to create as many as 3,400 jobs during the construction stage and 6,400 jobs to operate the Port upon completion. The Port will have the capacity to process 100 million tons of cargo and generate 0.5% of GDP annually by 2025.

Located on the eastern edge of the Black Sea, Anaklia strategically sits on the shortest route from China to Europe. The route has recently become a focal point for USD 40 billion in Chinese infrastructure investments under the Silk Road Development Fund and already accounts for 26% of Chinese foreign trade volume. The recent opening of the USD 100 billion Asian Infrastructure Investment Bank (AIIB) will also support regional infrastructure development. The restoration of the “Silk Road” has been a major priority for Georgia as well and builds upon the government’s Deep and Comprehensive Free Industrial Agreement (DCFTA) with the European Union in December 2014.

Anaklia’s Port is poised to revitalize the Caucasus and Central Asia by opening up trade routes for neighbors and landlocked nations such as Armenia, Azerbaijan, Kazakhstan, Uzbekistan, Turkmenistan, Kirgizstan and Tajikistan. Access to these countries is limited and infrastructure development in Anaklia can provide the most efficient and safest route to millions living in Central Asia and the Caucasus.

About the Anaklia Deep Sea Port: