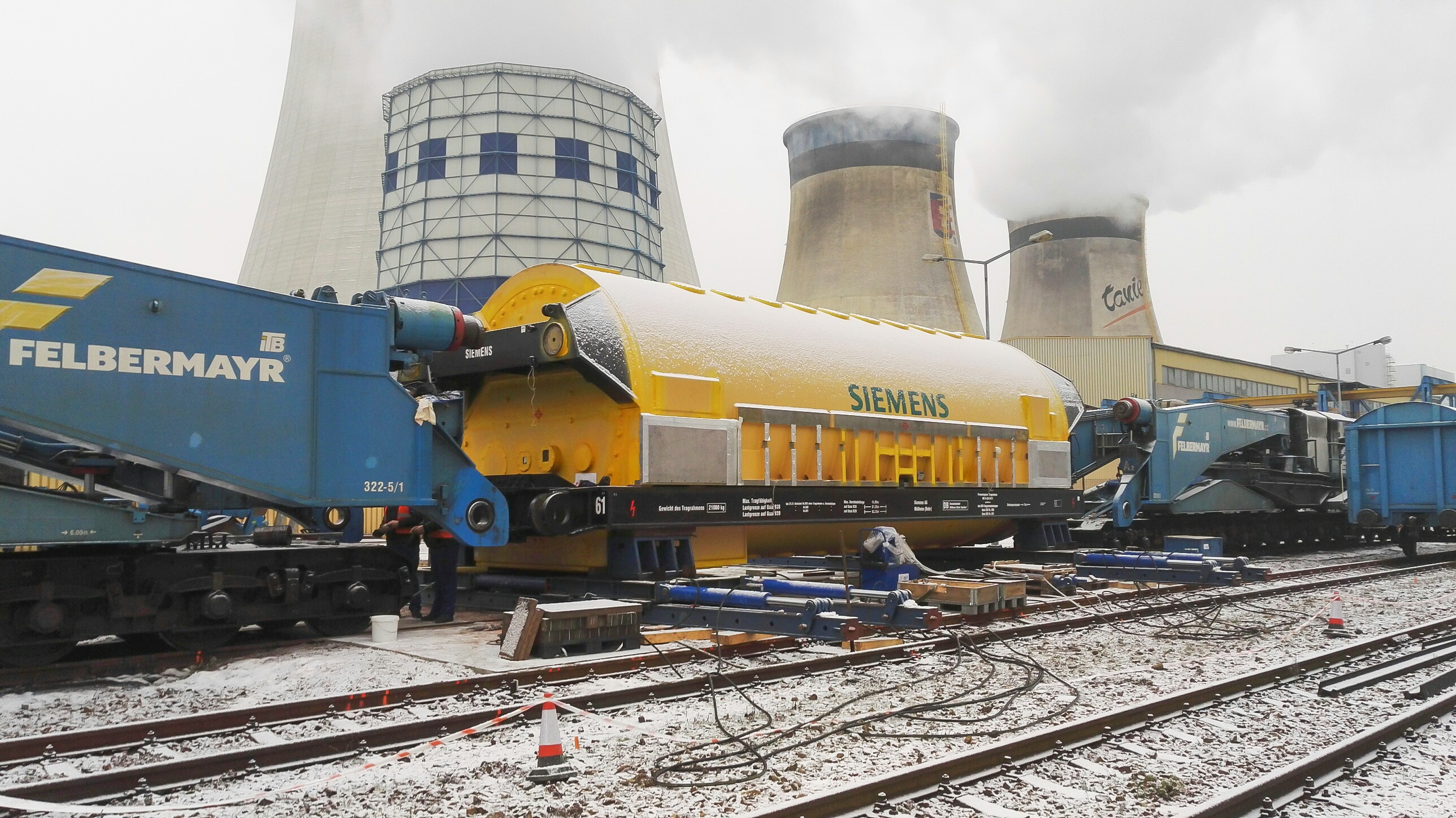 In early December 2016 the Felbermayr division for international low-loader rail transport (ITB) implemented the heaviest rail transport in Europe ever. They carried a generator stator including transport aids weighing 482 tonnes. The rail journey in Poland was carried out on a 32-axles gooseneck car.

When the stator arrived at its destination in the Polish coal plant Jaworzno in the Katowice region on 5 December 2016 at 4 p.m., there was a perceptible relief among all involved in the transport.  This transport was preceded by years of planning work starting in the year 2012. In April of the same year, Siemens Erlangen charged the ITB division to conduct a feasibility study for the transport of a stator including transport aids from the German supply plant in Mülheim/Ruhr to the Polish coal plant in Jaworzno.

A in-depth investigation showed that such a transport can be implemented using the railway and ITB special equipment. Further detailed investigations from a technical, logistical and commercial point of view took some years, before the project ultimately entered the stage of implementation.

The Polish segment of the transport was commissioned by Rafako, the company in charge of assembling the entire power plant unit. The contractor was the corporate daughter BEST Logistics, who was also leading the overall project, since also upstream and downstream services had to be provided for the rail transport. For contract-related reasons the transfer point between seller and buyer should be in the inland port of Opole.By the end of November 2016, the heavy piece was loaded onto a 32-axles special wagon of ITB in Opole.

Apart from the core task of the rail transport by ITB, the Felbermayr company and its subsidiaries also provided solutions for all upstream and downstream services. Thus Siemens entrusted the Haeger & Schmidt company in Duisburg with the ship transport of the stator from Mülheim/Ruhr to Opole. Then again the Polish customer charged BEST Logistics with all downstream services of the rail transport, to the power house.

Felbermayr-Krefeld provided a 1,000-tonnes mast, and Felbermayr Wels provided a 24-axles self-propelled unit for works inside the Jaworzno power plant, completing the service range. The various transport segments and sequences were coordinated by BEST Logistics.