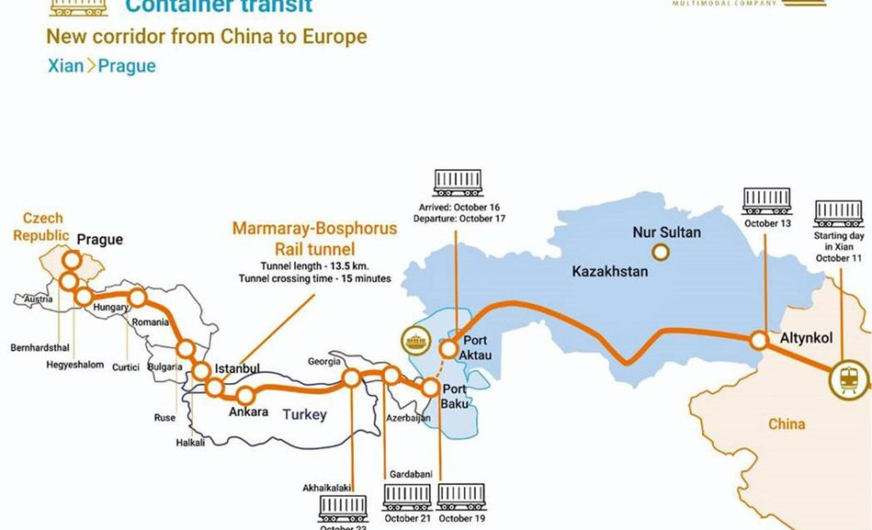 Due to current congestion at the border station Malasewicze-Brest, between Poland and Belarus, the Rail Cargo Group (RCG) is working with the Port of Baku and the Logistics Hub Venlo on the development of the Southern Silk Road, which runs across the Trans-Caspian Sea to Central Asia.

Azerbaijan is investing heavily in its railway network. The modernization of domestic railway lines and the creation of international rail corridors via Azerbaijan are among the government’s priorities in Baku. Therefore, the country is becoming increasingly important for the RCG and its Asian traffic.

The Port of Baku, which due to its geographical location, through the connection of the South Caucasus, Central Asia, Iran, Southern Russia and Turkey specifically integrates new markets in the European rail freight network, plays a crucial role, as well as the hub in Venlo in the Netherlands, which is becoming the central hub in Benelux for transport links from Europe to Asia.