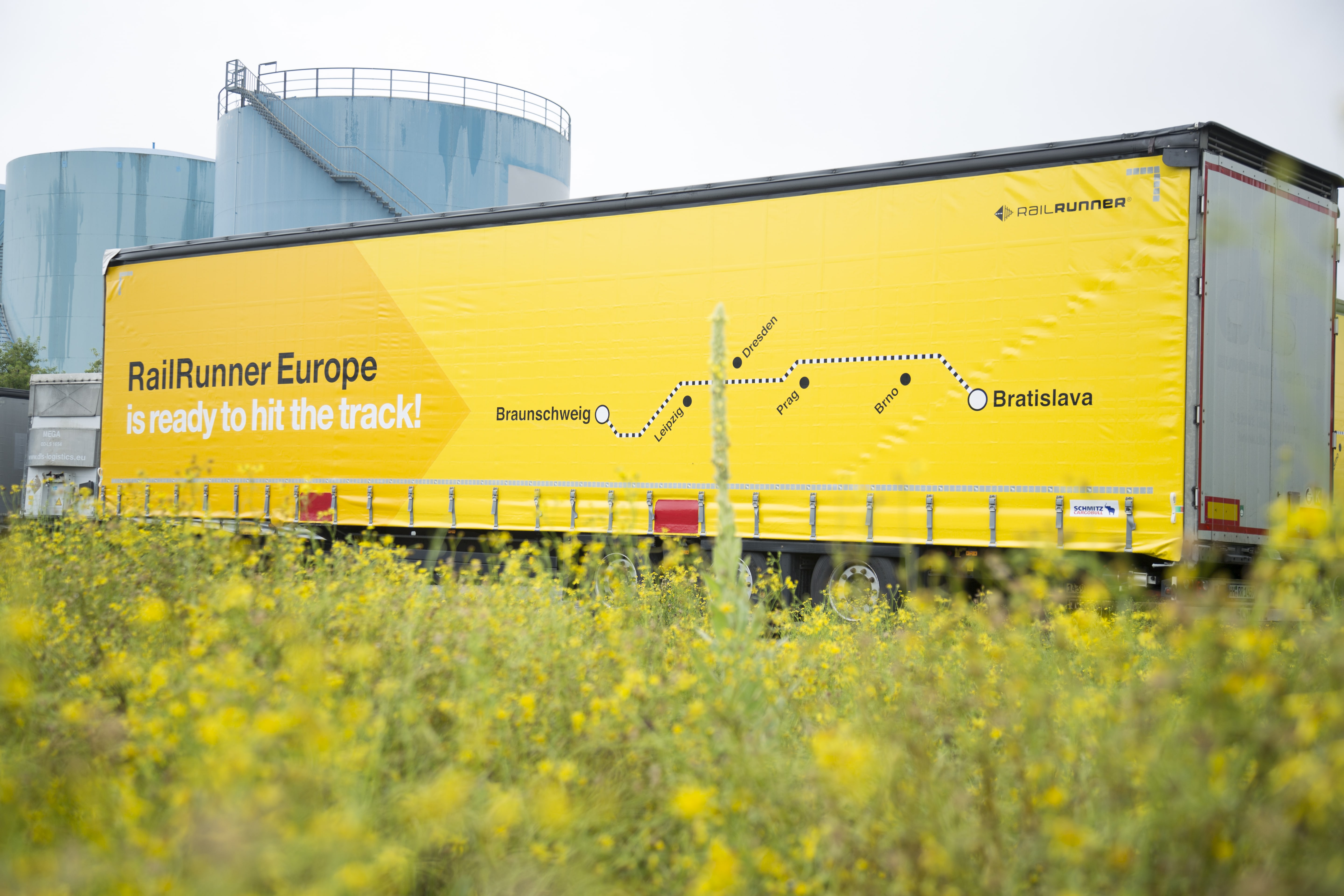 RailRunner Europe GmbH is preparing to expand its shuttle train “Connection No. 1”. They have concrete plans, which should be implemented next year, announced managing director Gerhard Oswald on 21 August at the “Dialogue Rail Freight” of the German Transport Scientific Society (DVWG) in Hanover.

According to this, the conventional weekday shuttle between Braunschweig and Bratislava will be strengthened by another daily departure in 2019. In addition, a rail connection between the location Braunschweig to another location in Lower Bavaria, with stopover in Ingolstadt, is planned to start next year.

Initially equipped with pocket wagons and a stock of 100 conventional craneable (MEGA) trailers, goods from a wide range of industrial, commercial and agricultural sectors will be transported in combined transport on behalf of freight forwarders and transport companies. “We see demand for equipment in the European market for handling more than 1,000 trains of 700 meters in length every day,” said Gerhard Oswald.

The vehicles required for approval and testing are to be mass-produced and assembled in Europe, and the required components are to be manufactured predominantly in Europe. RailRunner is also developing the organisational and procedural prerequisites and will add three new staff members to the team on September 1, 2018.

The American parent company RailRunner NA, Inc. founded RailRunner Europe GmbH, based in Hamburg, in 2015. The goal is the introduction of the unique RailRunner technology in Europe, which allows to load trailers and container chassis onto innovative bogies, apart from conventional terminals.