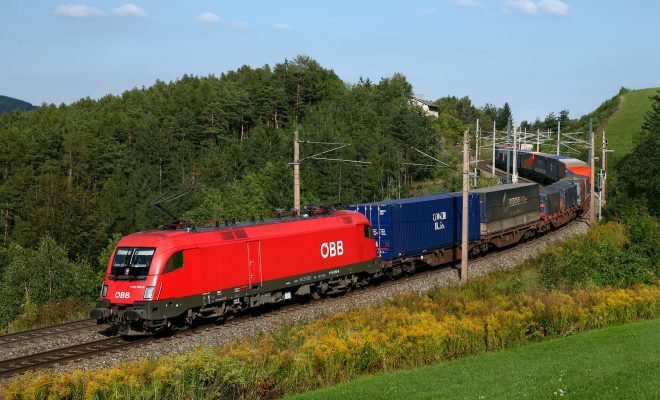 Rail Cargo Operator – Austria is extending its offer in the calendar week 29 to the southern ports, both to Trieste and Koper. With two rotations per week, a triangular traffic is launched between Koper – Graz – Linz and Koper. With this connection, the transit time is reduced both for imports to Graz, as well as for exports from Linz to Koper.

“In addition, there is the option of positioning containers from Graz to Linz and using the connections offered by Rail Cargo Operator AT to the German seaports of Bremerhaven, Hamburg and Rotterdam,” reads a letter from Rail Cargo Operator – Austria.

On the route between Trieste and Salzburg, which is covered with two weekly services, will see an additional rotation per week in the triangle via Graz, effective from calendar week 29 onwards. Thus, shipments from the area of ​​Styria’s capital can be integrated into the regular traffic to Salzburg.

In addition to the shorter transit times from and to the southern ports, the network between the various terminals will be improved, further strengthening intermodal transport in Austria, emphasises Mag. Christopher Müller, Managing Director of Rail Cargo Operator – Austria GmbH.