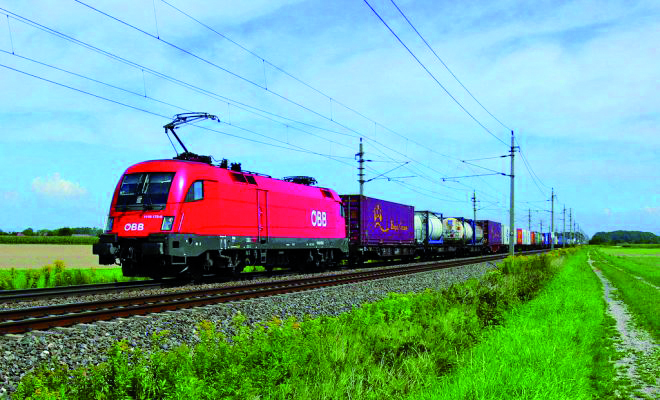 The Rail Cargo Group (RCG) gets a new top manager from the logistics industry on board. From September 2018, Bernhard Ebner will head the intermodal division within the rail logistics company. The new member of the management board will, after a successful turnaround, implement the ambitious growth strategy in the intermodal sector.

The plan is to double intermodal traffic volume by 2025. The expansion strategy involves an intensive development of new connections within Europe – in particular to ports such as Trieste, Piraeus or Antwerp, which are rapidly gaining importance as logistics hubs and offer the Rail Cargo Group potential for further growth. In addition, the service offering to Asia will be further increased and the radius of own traction services in Europe will be further increased.

Bernhard Ebner has gained more than 30 years of experience in the (rail) logistics sector, among others at Schenker & Co AG, and most recently worked as managing director at Berger Logistik GmbH. He has extensive knowledge of the logistical environment and at all levels of the different modes of transport. He was particularly involved in integrating logistical solutions in the areas of Rail, Ocean and Customised Services and was already working closely with the Rail Cargo Group.

“We are very happy to have Bernhard Ebner as a new team member,” says RCG Board Spokesman Dr. Ing. Clemens Först. “With him, we get an international logistics expert, as well as a recognised and experienced manager for our team and take another step towards modern rail logistics.”

There are no changes in the management of the operating companies, such as the Czech Republic and Hungary. Thus, Rail Cargo Operator – Austria GmbH will still be headed by Christopher Müller and Tufan Khalaji.

RCG operates intermodal transport in accompanied and unaccompanied Combined Transport on all major rail corridors between Austria and the European North / West ports, the ports of the North Adriatic, and between the Ruhr and Southeastern Europe to Greece and Turkey. In addition, Asia’s offer of high-speed shuttle services between Europe and the Far East will continue to increase. Parallel to this there is the rolling highway on several Austrian transit routes.