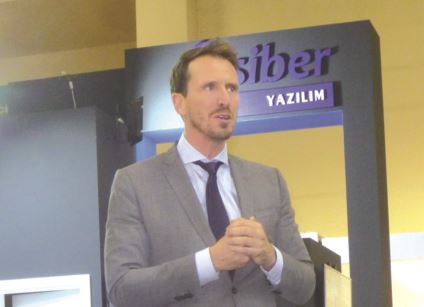 A major personnel change is to take place at the Intermodal division of the Rail Cargo Group (RCG). Max Kindler leaves as head of the business unit and will be temporarily replaced in this role by RCG executive management member Thomas Kargl. This was confirmed by the press office of the railway logistics company replying to a questionnaire of the OEVZ logistics magazine.

“Since May 2015, Max Kindler has played a key role in the successful development of RCG’s operator business as managing director of Rail Cargo Operator – Austria GmbH (RCO-AT) and from April 2016 as Business Unit Manager Intermodal. He has thus laid a solid foundation for the ambitious growth of the coming years. The RCG Board would like to thank Max Kindler for his valuable contributions to the Rail Cargo Group,” reads the mail.

The intermodal business of the Rail Cargo Group is largely supported by Rail Cargo Operator (RCO) and its foreign subsidiaries. It includes Unaccompanied Combined Transport and Rolling Road operations with a total volume of 37.8 million tonnes, or 700,000 unaccompanied transport units and 330,000 rolling road shipments. The division currently employs around 300 people and generated more than EUR 300 million in sales in 2017. Rail Cargo Operator’s managing directors are Christopher Müller and Tufan Khalaji.