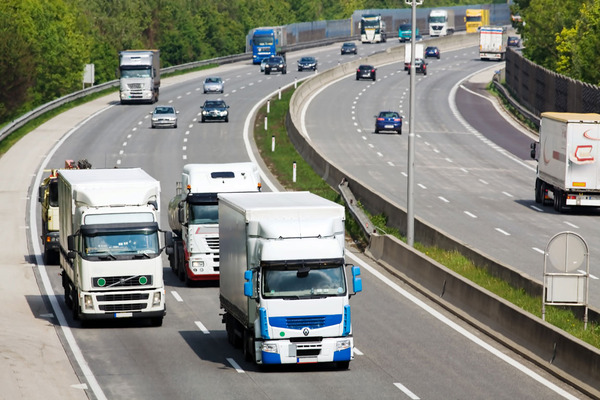 Companies in Vienna are increasingly impacted by impairments in road traffic: The delivery to the city takes more time due to congestion on arterial roads, resident’s parking areas complicate supply of retailers and households. Spokespersons of the concerned industries, Maria Smodics-Neumann, Chairwoman of the crafts and trade sector in the Economic Chamber and Davor Sertic, Chairmain of the transport and communications sector in the chamber proposed solutions for these problems.
For deliveries of goods and merchandieses to the city, they propose to establish designated lanes on arterial roads. “The Viennese mobility industry would be delighted to launch such  a pilot project together with the city government”, said Davor Sertic. “On selected and suitable streets, we want to test whether this results in acceleration of delivery traffic,” he adds. Within a clearly defined time span of about three hours, commercial traffic would be priorised on one lane of a multi-lane road.
Davor Sertic: “I understand that a vehicle of commercial traffic is, in the pilot phase, each large and small truck, bus and car like taxi or from a car rental. The designated lanes would thus be open to commercial passenger and goods transport, but also to works transport. ”
Such lanes would be new to Vienna indeed. They have proven quite practical in other cities and were well accepted in the traffic situation. For example Salzburg has such a lane on the Vogelweiderstraße, a major entrance route from the Salzburg Nord motorway junction, used by buses and trucks. For Vienna Davor Sertic proposes such a lane for the Triester Straße and Lassallestraße in the pilot project.
Congestions on arterial roads delaying the supply of goods and merchandises in the city can have far-reaching consequences. In many areas of the city centre there are only time windows in which truck may deliver their goods. If the truck is stuck in a traffic jam, businesses and shops in these areas can not be supplied.
www.wko.at