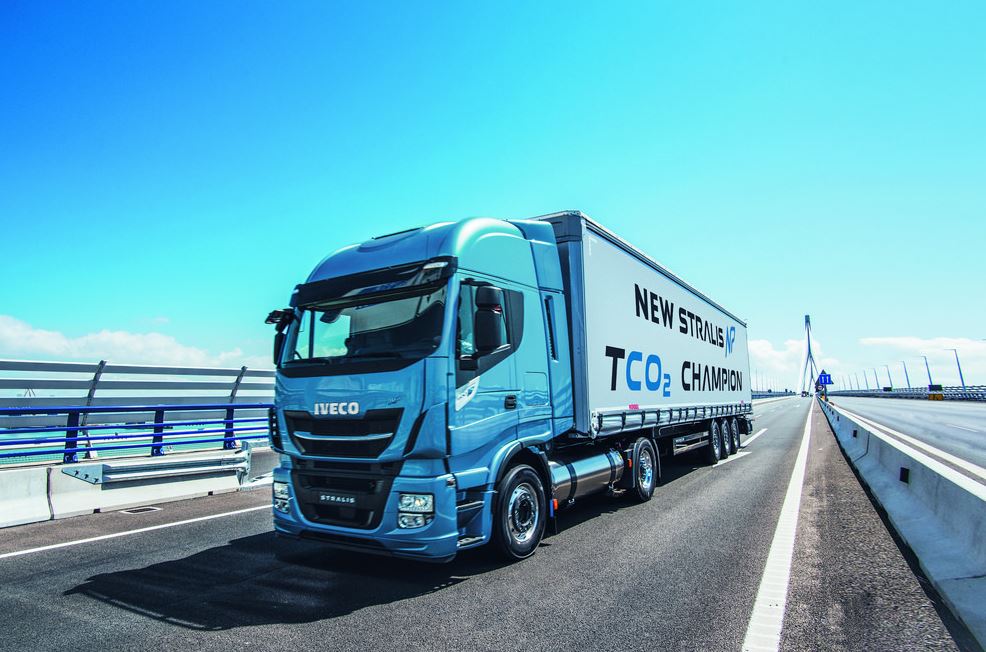 Iveco Stralis NP, the first natural gas truck for long-haul operations, was awarded “Project of the Year” at the European Gas Awards of Excellence 2017. The competition was held during the European Gas Conference – the annual meeting of the European gas industry, held in Vienna (from 23 to 25 January 2017), which gathered more than 450 key representatives from regional governments and industry leaders and more than 80 gas producers, to address issues related to Europe’s energy future.

Pierre Lahutte, IVECO Brand President, commented: “Stralis NP is a revolutionary gas truck for sustainable transport: it builds on Iveco’s extensive expertise to take a step into the future: it is the first true long-haul gas truck in the market that offers a real alternative to diesel vehicles and the most sustainable long-distance transport truck ever.”

Iveco was the first manufacturer in the world of commercial cargo transport to create a market for natural gas powered transport vehicles, starting from refuse collection in 1996, followed by urban, then regional and inter-regional distribution, to the market launch in 2016 of the Stralis NP with 400 hp.

Karl-Martin Studener, Iveco Business Director Austria, Central & Eastern Europe explained during the conference: “Today more than 16,000 Iveco gas powered vehicles are running on European roads. Our Natural Power technology is future-proof in that it provides a solution to polluting emissions with low Total Cost of Operation – and the added advantage of low noise levels, so important for urban missions. And even more, with the growing availability of bioCNG and bioLNG in Europe, all transporters are now able to provide a CO₂-Neutral transport and to contribute to European energy independence.”

The New Stralis NP competes on a plane level with its diesel equivalents on performance. The big-capacity fuel tanks take the range of the LNG-only version to the record level of 1,500 km.