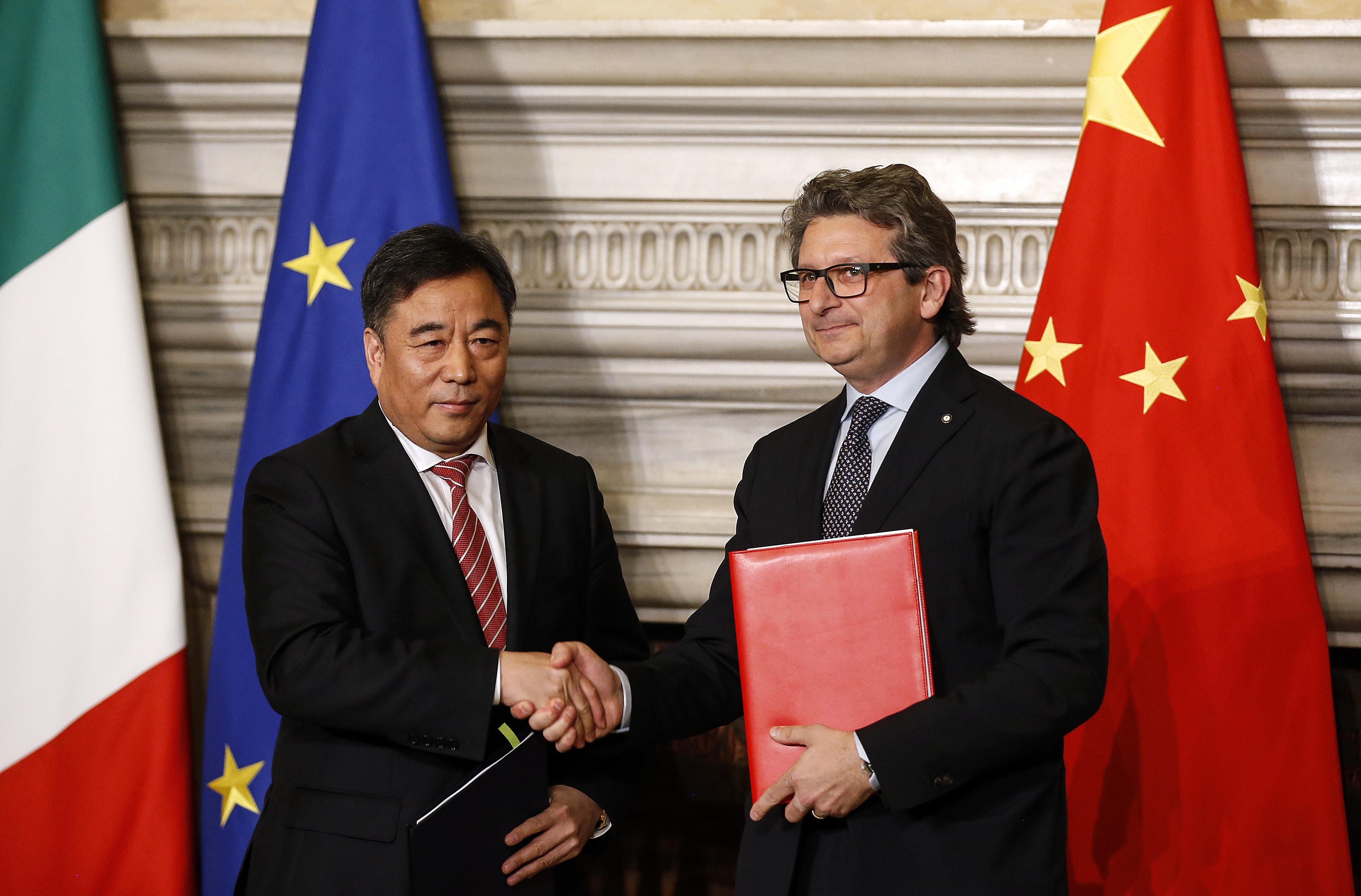 The port of Trieste and the China Communications Construction Company (CCCC) signed an agreement on 23 March in Rome that will facilitate the development of infrastructure in central Europe and will improve the ability of products made by Italian small and medium enterprises to access Chinese markets.

With the Italian and Chinese heads of state in attendance, the President of the Port Network Authority of the Eastern Adriatic Sea, Zeno D’Agostino and the leader of the Chinese group CCCC Mr. Song Hailang formalized a key agreement on railway infrastructure near the ports of the eastern Adriatic Sea, particularly with regards to the new Servola and Aquilinia rail stations, which are part of the “Trihub” integrated project to strengthen railway infrastructure in the area between Cervignano del Friuli, Villa Opicina and Trieste, developed in cooperation with the management authority for the Italian railway system RFI.

The agreement with CCCC, which will increase the influence of the port of Trieste both in central Europe and in China’s maritime markets, will allow the Port Network Authority to explore new opportunities related to CCCC’s project to build and manage a major intermodal terminal at Kosice (Slovakia). It will also allow both parties to explore collaborative ventures for logistical-industrial projects in China, with the aim of facilitating logistics and commercial flows.

“Through this agreement we aim to organize outgoing logistics in the port. We are committed to supporting our SMEs’ exports to China and the Far East, as they are not large enough to take on such investments on their own. The Authority is making itself available to Italian businesses to develop port and logistics platforms in China that will allow Italian products to join the commercial flows towards this major and expanding market, “ said Authority President Zeno D’Agostino.

CCCC is a Chinese state-owned company and is one of the largest companies in the world in the infrastructure sector. It is listed on the Hong Kong and Shanghai stock exchanges and is present in 155 countries, with an annual turnover of over USD 90 billion. It possesses advanced know-how in the transport infrastructure sector.

The signing of the agreement concludes the two-day event revolving around the visit of the Chinese president, within the framework of which official events included the International Italy-China Business Forum for Third Countries, organized by – among others – Assindustria  and the Ministry for Economic Development. The Port System Authority was one of the delegates that participated in this event, during the course of which it held b2b meetings with important Chinese firms, including Power China.