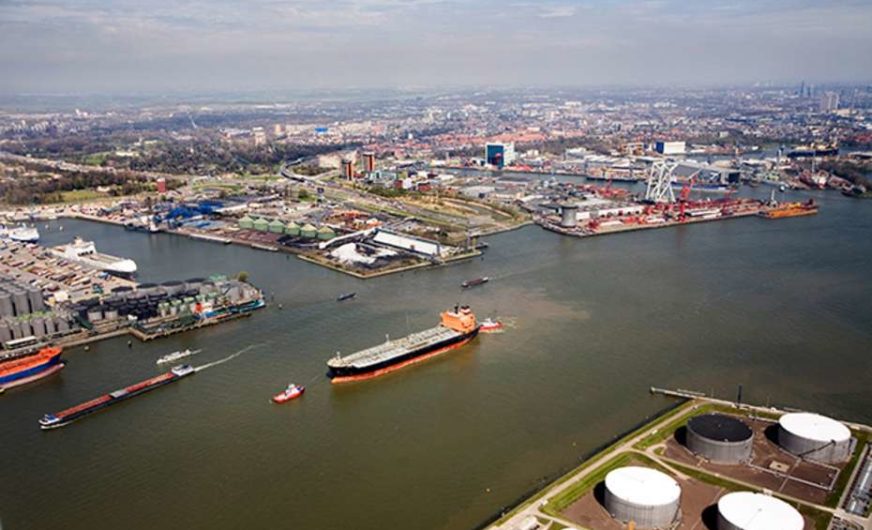 VIENNA. In the course of this week’s meetings in Vienna and Linz, representatives of the Rotterdam port industry presented the latest developments of the Dutch mainport to the many guests, being Austrian shippers and maritime-oriented logistics providers. The emphasis was on guaranteeing highly efficient processes for fast and secure handling of ships and goods by the specialists working for the port logistics operators. Or in the words of Marjolein Warburg, CEO Rotterdam Port Promotion Council: “Port work is human work. Given the average 3,000 daily ship movements, we understand this business.”

Under the slogan “Ship your sea freight more efficient than ever before“ the port is aiming to strengthen its position particularly in the segment of Austrian overseas exports. “Your country is playing a very important role in Central Europe for us“, said Marjolein Warburg, thanking the customers for their trust and support that makes the port the second-ranked in Austrian transit, just after Koper. However, the last annual volume of 3.95 million tonnes is mainly consisting of imports. In this context Rotterdam profits from the shipping companies choosing it as the first port of call in Europe – for iron ore, coal, agricultural goods and containers.

Now they want to put a stronger emphasis on exports, among others with the new container terminal on Maasvlakte 2, which is just being upgraded to the “last port of call” in Europe especially by major shipping alliances, as reports Wouter van Dijk, manager of the logistics department in the Port of Rotterdam Authority. This results in shorter transit times by around one day compared to the competitors in the ARA-range. Given this competitive advantage, the port of Rotterdam is committed to expand seaport hinterland transport on the railway, increasing the share in the modal transport split from the current 13 percent to 20 percent in the coming years. In traffic with Austria, the currently available train systems are operated by EGS European Gateway Services, Hupac, IMS, Kombiverkehr and Rail Cargo Operator, with additions being prepared.