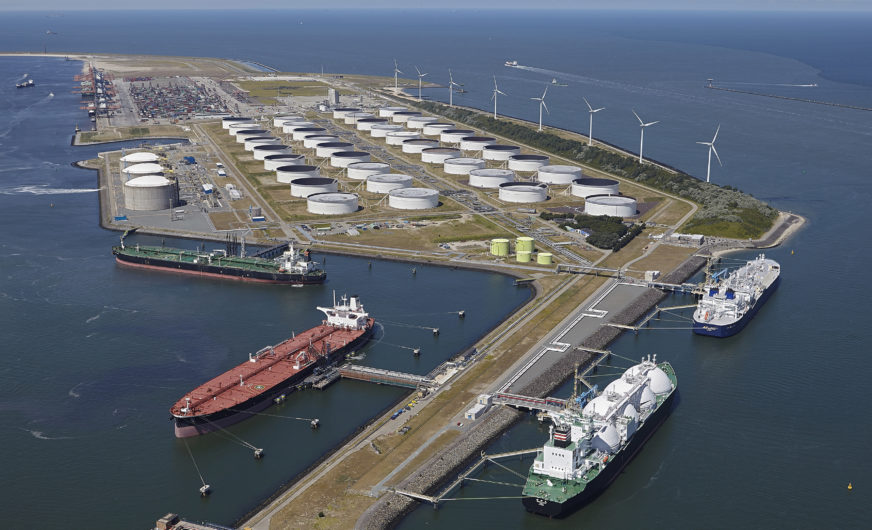 Since 2011, the Port of Rotterdam has been investing in LNG infrastructure, starting with the Gate Terminal, where two docks are operated for vessels of more than 7.000m³. Today, the port is using its first ship-to-ship LNG bunker vessel, Costa Smeralda.

In November 2018, the first ship-to-ship LNG bunker vessel started operating in Rotterdam. The CMA CGM-vessel is located in the Waalhaven area. “In recent years, we saw increased demand for LNG as clean solution for propulsion”, said Maud Eijgendaal, Business Manager LNG, Bunkering and Cruise at the Port of Rotterdam.

Maud Eijgendaal expects that around 30,000 tonnes of LPG will be handled at the Port of Rotterdam this year and that the volume will be increased to one million tonnes between 2025 and 2030.”This is stimulated by the IMO-ambitions”, she said. IMO is the International Maritime Organisation, which requires a 50 percent reduction of CO2 in maritime transport by 2050. “We are well prepared”, Maud Eijendaal is convinced.

With the ongoing investments, the port builds a unique infrastructure for the use of LNG. By the end of 2019, seven LNG bunker vessels will have a license to operate in Rotterdam.