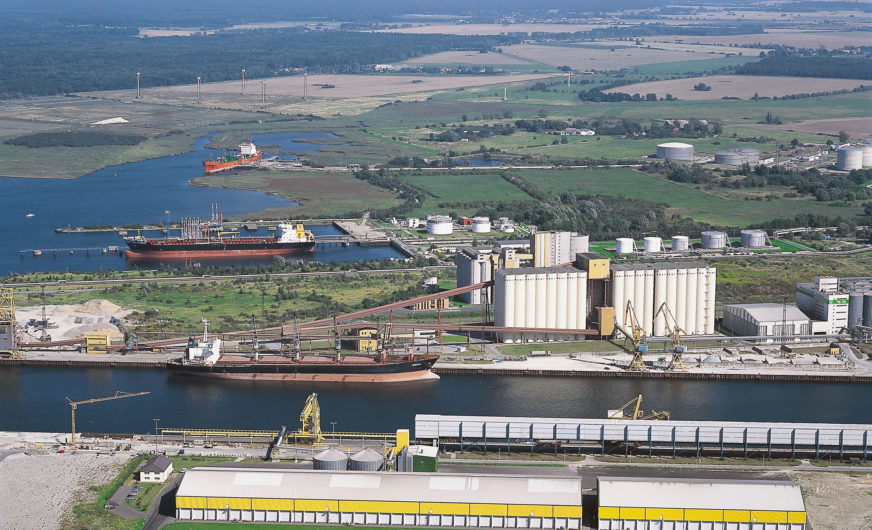 Before the end of 2018, Euroports Germany, a transhipment company, will construct a new grain loading facility in the maritime port of Rostock. The facility with a nominal performance of 1,200 tonnes per hour will be located on the western side of Pier IV, at berth 18.

The German agricultural trading company Beiselen GmbH, headquartered in Ulm intends to use this grain loading facility for its grain exports. Therefore, the Hafen-Entwicklungsgesellschaft Rostock mbH provides a five hectares area on Pier IV under a building lease contract. Over the next two and a half years, Beiselen will construct a grain silo and a conveyor system there, connecting to the system of Euroports. This is on what the three companies agreed in a letter of intent, after more than one year of negotiations.

Today Rostock counts among Germany’s most important ports for grain export. In the past three years, more than 3 million tonnes of grain were exported through the port of Rostock per year. Euroports Germany already operates one grain loading facility in the harbour basin C at berth 17, and one more is operated by an agricultural company at berth 13.

The loading facility that is to be completed befor the end of 2018 in the maritime port of Rostock, shall be used to handle additional grain volumes of Beiselen and other grain traders, and also help to eliminate capacity bottlenecks. “With this investment of about EUR 10 million we will improve the services and performance of the grain terminal. This will be a benefit to all existing grain customers and new customers,” says Günter Fett, CEO Euroports Germany.

“Investing around EUR 25 million into a state-of-the-art grain collection and silo facility, we want to eliminate the capacity bottlenecks in Rostock. Combined with another powerful new grain loading facility, built by Euroports, we will make a significant contribution to giving the importance to the international port of Rostock, it deserves as Germany’s most important and most powerful export port,” says Rainer Schuler, Managing Associate of Beiselen GmbH.

“With additional storage and loading capacity, the port of Rostock underlines its importance as one of Germany’s major ports for grain export, but will also expand this feature. Besides increasing the efficiency, the creation of a redundant loading facility to be used by both the resident and new grain traders is important. The investments also underscore the usefulness of the intended sea channel deepening. The growth potential in grain handling has not been exhausted yet,” says Dr. Gernot Tesch, Managing Director of Hafen-Entwicklungsgesellschaft Rostock mbH.