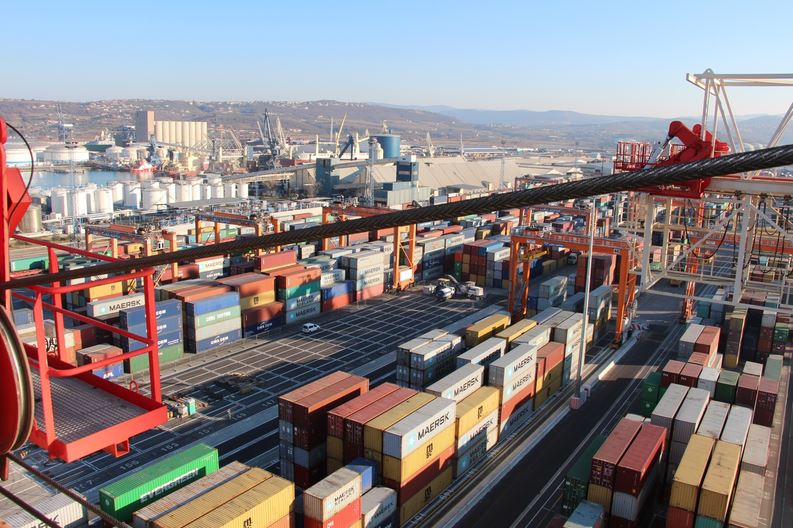 Despite a strong north wind that obstructed the work at the container terminal for some days in January, the Port of Koper registered a record monthly throughput of 78,532 TEU, which is 15 percent more than last January. The Slovenian port ended the business year 2016 with a throughput of 844,758 TEU, which was the record in its history.

In the recent years, an increased demand for stuffing and stripping of containers was noticed in the port. Last year, the amount of stuffed/stripped cargo totaled 1.2 million tonnes, or 31 percent more than in the previous year. This trend continues also this year: in January, 117,931 tonnes were stuffed/stripped in total, which is 41 percent more than in January last year. This type of services, which seems to be in continuous demand, requires a substantially higher coordination and cooperation between the terminals.

The trend of increasing container throughput is reflected also in the number of container movements performed on each ship. Last week, 5,012 container handling movements were performed on the vessel Maersk Elba, which is much more than the average number of movements ranging between 3,000 and 4,000. The anticipated arrival of increasingly larger container ships also means increased demand for more berths, a longer shore and larger warehouse areas. The Port of Koper plans to extend the first pier, increase the capacity of the container terminal over 1.3 million TEU in total, and two provide new super post-panamax cranes in the next three years. Two of the cranes will arrive to the port in March.