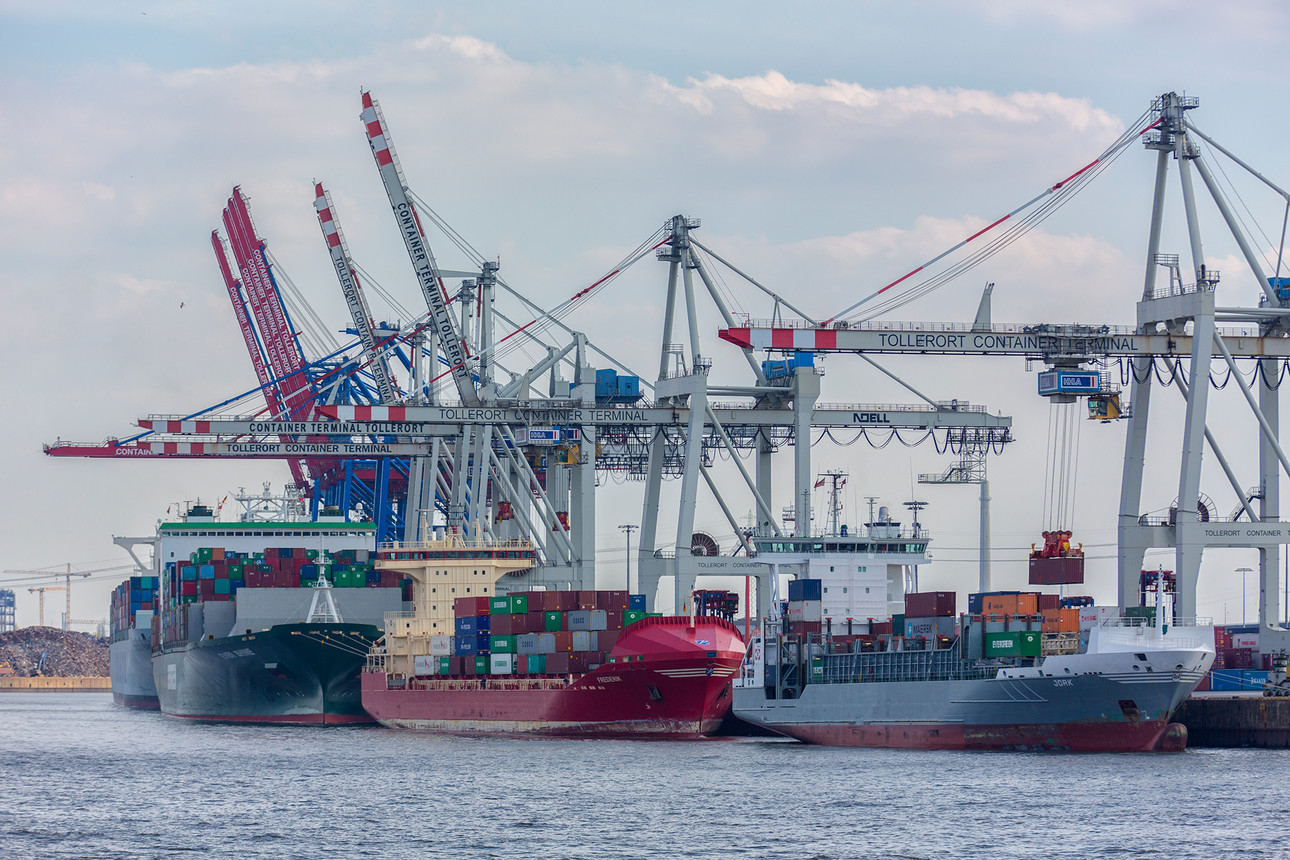 Handling 135.1 million tons of seaborne cargoes (down one percent), Germany’s largest universal port can report a respectable result for 2018. Hamburg successfully asserted itself in a difficult environment, achieving a distinct advance on railborne seaport-hinterland transport.

In 2018, this category accounted for totals of 46.8 million tons – up 2.7 percent – and 2.44 million TEU – up 4.7 percent. More than 60,000 cargo trains with around 1.6 million freight cars were handled during 2018 on the Port Railway network alone. This topped the record total set in 2016 and extended Hamburg’s position as Europe’s leading rail port.

Seaborne cargo throughput in the Port of Hamburg, January – December 2018

In container transport with China, along with the ocean-going vessel as the main carrier, a distinct increase is occurring in transport by rail. China again remained the Port of Hamburg’s largest trading partner in 2018. One in three of all containers handled in the port are for, or from, China.

Complementing the excellent seaborne services, more than 235 connections by rail are now offered from Hamburg along the New Silk Road. “Having handled around 4.8 million TEU for or from China, compared to other locations in Europe Hamburg is the main hub for China freight by a wide margin,” says Axel Mattern, Joint CEO of Port of Hamburg Marketing. HHM’s Joint CEO sees tremendous growth potential in logistically linking the countries of the Baltic region with the Silk Road.

For 2019, the Port of Hamburg’s marketing organisation reckons with the distinct growth of between three and four percent in container transport, and a stable outcome for bulk cargo handling. With four new Transatlantic container services additional throughput volume of the order of up to 500,000 TEU is arriving on the Elbe.

“Works on upgrading the fairway have already started,” says Michael Westhagemann, Minister of Economics & Transport. “We shall be implementing the project as swiftly as possible and hope that no delays will arise. On 9 March I shall be travelling to Asia to personally brief our port customers and to showcase the location. I shall naturally also be visiting our clients in Europe. I want to express my thanks that shipping companies have remained loyal to us for decades. But I also want to tell them just what Hamburg has to offer with its port.”

As a broadly based universal port, the Port of Hamburg provides more than 156,000 jobs in the Hamburg Metropolitan Region. The port is also a significant industrial location and, in generating added value of 21.8 billion euros, is also of immense importance for the entire German national economy.