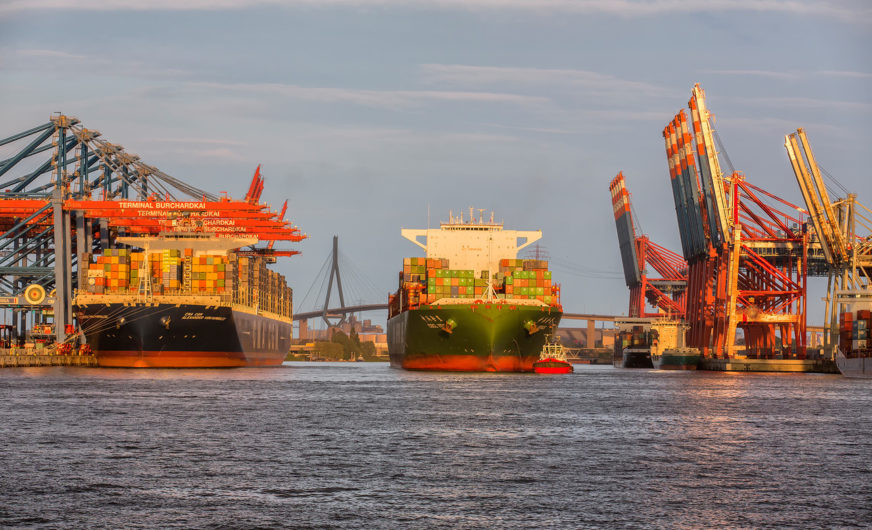 Germany’s largest universal port remains on a growth course, achieving a distinct 4.1 percent advance to 69.4 million tons in seaborne cargo handling in the first half of 2019. Especially good growth trend in the general cargo segment, up 6.1 percent at 48.4 million tons, was the main contributor to the excellent figures for total and container handling. The total for bulk cargo handling was just 0.3 percent lower than for last year’s first half at 21.0 million tons.

“A total of eleven new liner services in the 2019 first half make it obvious that the Port of Hamburg has gained in attractiveness for shipping and shippers. With the start of expansion related to the adjustment of the fairway on the Lower and Outer Elbe, we are well on course for further expanding Hamburg’s position as the Northern European hub for worldwide freight traffic. Apart from its trade routes with China and Asia, Hamburg has now become a hub for those with the USA, Mexico and Canada,” says Axel Mattern, Joint CEO of Port of Hamburg Marketing.

He is delighted that in the first half, Hamburg proved able to grow more rapidly on container traffic than the major North Range ports of Rotterdam and Antwerp. “Even in a generally tough situation on competition, and with traffic on the Elbe still subject to restrictions, Hamburg is making up ground and gaining market share,” states Axel Mattern.

During the first half, the total number of container vessels calling Hamburg also rose. The total of 3,046 containerships berthing in the Port of Hamburg represented an increase of 3.7 percent. Among these were 89 ultra-large container carriers or 36.9 percent more, with a slot capacity of 18,000 TEU and over.

The first half proved extremely successful for the Port of Hamburg’s transhipment and hinterland services. The former profited from transhipment traffic on the new container liner services that produced additional volumes for Hamburg’s enormous network of feeder connections. At 1.7 million TEU, transhipment on to feeder ships in Hamburg rose by 5.5 percent. Seaport-hinterland services on land in the 2019 first half likewise achieved an 8.7 percent advance to 2.9 million TEU.

Ingo Egloff, Axel Mattern’s colleague on Port of Hamburg Marketing’s Executive Board, points out that during the first six months of 2019, rail had succeeded in further expanding its share of onward freight for environment-friendly further transport. A total of 24.4 million tons, a 5.0 percent increase, were shifted into or out of the port by rail. In the container transport segment, 1.4 million TEU were handled by rail in the Port of Hamburg. In this way, Hamburg underlines its position as Europe’s leading rail port.

“For the first half of 2019, the Port Railway reported increases cross the board,” says Jens Meier, CEO of Hamburg Port Authority – HPA. “Also apparent, moreover, is the extreme efficiency of the Port Railway: Compared to last year’s first half, the number of trains was up by 3.6 percent, and of standard containers up by no less than 12 percent.”

On just one day of heavy traffic for the Port Railway, a total of 225 freight trains will be running on the its network. On altogether 70 days during the 2019 first half, the number exceeded 200 per day. That is a dimension not even remotely attained by other European ports.

As a broadly based universal port, the Port of Hamburg guarantees more than 156,000 jobs in the Hamburg Metropolitan Region. The port is also an important industrial location, with total value added of EUR 21.8 billion of immense significance for the entire German national economy. “Yet for many of our European neighbours, Hamburg is also their transhipment port for seaborne foreign trade, and a hub for the services on land along the Silk Road between Europe and China,” declares Axel Mattern.

For the second half of the year, against a background of repercussions on world seaborne trade that is influenced by the current trade and currency disputes between the USA and China, Port of Hamburg Marketing’s two Joint CEOs anticipate total growth of four percent in seaborne cargo throughput, and one of between five and six percent on container handling. 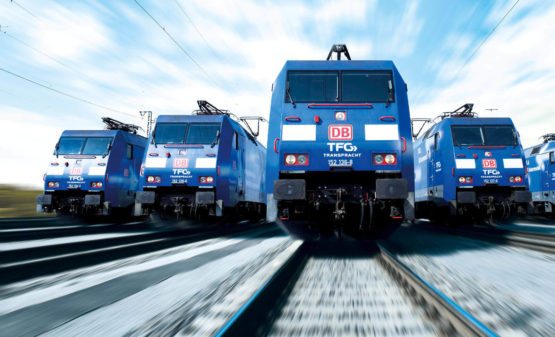 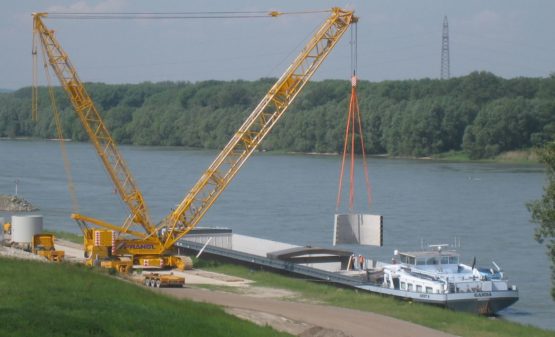