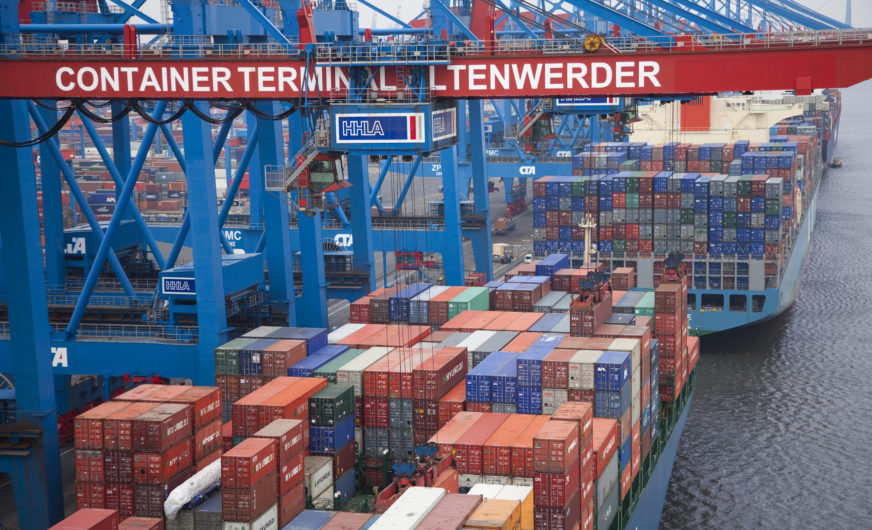 Total throughput for the Port of Hamburg in the first quarter of 2016 was 2.5 percent lower at 34.8 million tonnes. First noticeable early in the second half of 2015, the economic downturn in China and Russia, both especially important markets for Hamburg, may have slowed somewhat during the first quarter of 2016 – yet Hamburg’s seaborne cargo throughput remained below the previous year’s record level.

Down 8.0 percent at 651,000 TEU, container traffic with China was 57,000 TEU lower than in the previous year, and as the largest volume fall affected the global total. Gratifying double-digit and single-digit growth rates in container traffic with Finland (up 11.1 percent), the USA (up 14.2 percent), Malaysia (up 6.4 percent), the United Kingdom (up 31.8 percent) and India (up 4.1 percent), all of them among the Port of Hamburg’s Top Ten trading partners, were not sufficient to restore the previous total.

“Taken together, the downturns for the top three trading partners, China (down 8.0 percent), Singapore (down 7.6 percent) and Russia (down 4.9 percent) constituted the main factor affecting our result on container handling. We saw the onset of stabilisation occurring during the first quarter and are assuming that the volume downturn in container traffic with China and Russia has bottomed out, with both countries remaining core markets for the Port of Hamburg. Even in tough times, for Russia the Port of Hamburg remains an essential international trade hub,” said Axel Mattern, CEO of Port of Hamburg Marketing (HHM), at its quarterly press conference.

Hamburg is Europe‘s leading rail port, offering shippers generally more than 1,100 weekly block train links with transhipment to and from intermodal terminals in Germany and elsewhere. During the first quarter, 11.6 million tonnes of freight was transported by rail into or out of the Port of Hamburg. That is an increase of 1.3 percent. Against the background of the 2.5 percent fall in total throughput, it represents a further advance in the rail share in the Port of Hamburg’s modal split, which was about 45.8 percent for 2015 as a whole.

“The fact that Easter fell in March caused a slightly weaker result for rail in the overall quarterly balance. Limited freight train connections over the holidays caused lower volumes of freight to be transported to and from the port. At 585,000 TEU (down by 2.8 percent), the total figure for containers transported by rail during the first quarter was therefore lower than in the comparable quarter of the previous year. Hamburg’s cargo handling terminals are preparing for further growth in rail container traffic nevertheless.