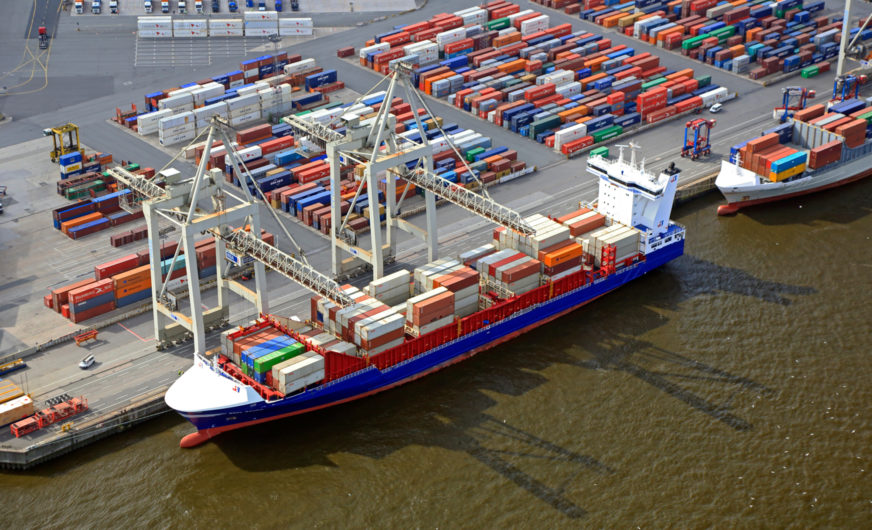 In Hamburg as a universal port, growth in bulk cargo throughput was maintained in 2015. In this important handling segment, total volume of 45.5 million tonnes represented growth of 5.8 percent on the previous year. In 2015 container handling at 8.8 million TEU did not reach the previous year’s total, falling 9.3 percent and significantly lower.

Downturn in seaborne container throughput is primarily attributable to lower volumes handled with China, Russia and Poland. In total, in 2015 something over 800,000 TEU fewer than in the previous year were handled for these especially important trading partners in container traffic with the Port of Hamburg. However, the number of calls in Hamburg by ultra-large containerships (ULCS) increased by 27.6 percent to 647.

At the joint Port of Hamburg press conference, Jens Meier, Chairman of HPA’s Executive Board, emphasised on the excellent progress of the port’s hinterland services in 2015. With volume up by 3.1 percent at 45.8 million tonnes, rail in particular had achieved its best-ever result.

With a 45.3 percent share of the Port of Hamburg’s modal split, rail displaced trucking, the previous leader, which with 42.7 million tonnes captured a 42.4 percent share. “This is unique in Europe and shows that environmentally friendly rail plays a leading role in seaport traffic,” said Ingo Egloff, Port of Hamburg Marketing Executive Board Member (HHM).

In 2015 container traffic by rail also set a fresh record, increasing by 2.8 percent to 2.3 million TEU. More than 200 freight trains reach or leave the Port of Hamburg every day. With 1,100 container trains per week, Hamburg leads ports such as Rotterdam or Antwerp by a wide margin.

He also highlighted the fact that initial transport data indicated that in 2015 inland waterway craft achieved a 27.5 percent advance, transporting 130,000 TEU. In total, in 2015 total cargo volume transported by inland water ships was 13.6 percent ahead at 12.4 million tonnes.

The Port of Hamburg employs more than 153,000 people in the Hamburg Metropolitan Region. With gross value added of 20.5 billion euros, it is also of immense importance for the entire German economy. To keep the universal port on its growth path, in the view of Axel Mattern and Ingo Egloff, in addition to dredging of the channel on the Lower and Outer Elbe, access and dispersal corridors for freight transport by rail, truck and inland waterway craft need to be adapted and expanded.