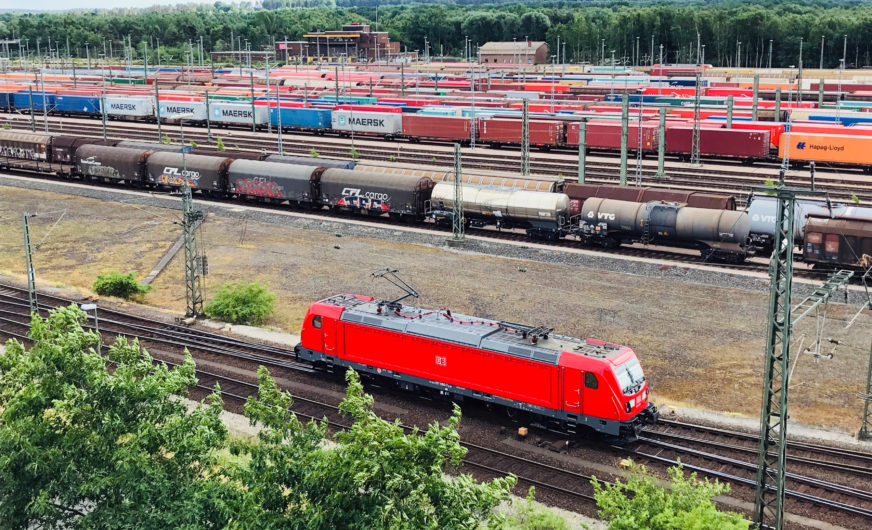 As part of the “Scandinavia-Mediterranean” corridor, the railway line between Maschen and Harburg plays an important role in the growing hinterland traffic from and to the Port of Hamburg. To eliminate bottlenecks in the area of the Hamburg rail junction, several infrastructure measures were decided, including a second eastern bypass track – Maschen. The long-term goal is to increase the route capacity for freight trains while at the same time providing better noise protection for the Seevetal population.

In Hamburg, the first section of the second eastern bypass line Maschen was put into operation on 13 July. As part of this construction project, around 3.5 kilometers of track and seven switches and two railway overpasses were rebuilt. The bypass track wil be used by north and soutbound freight trains, mainly from Buchholz / Jesteburg.

New noise barriers, which are up to five meters high to protect the districts in Hörsten and Maschen, have been set up on a stretch of around two kilometers. Furthermore, a three-meter-high noise barrier on 1,000 meters will be increased to five metres to protect the eastern district of Hörsten. Until completion in the second quarter of 2020, the trains will use only the section of the new bypass track that is already equipped with soundproof walls.

DB Netz AG started construction of the second eastern bypass in September 2017. After completion of the noise barrier, the costs will amount to more than EUR 30 million. Ecological compensation and replacement measures will be implemented on the one hand directly in the area of the Maschen marshalling yard, as well as in the municipality of Seevetal.

For the time being, the number of trains will not change significantly on the line section in Maschen, “until the rest of the noise protection wall along the eastern district of Hörsten will be completed,” informs Hafen Hamburg Marketing (HHM) in a press release.