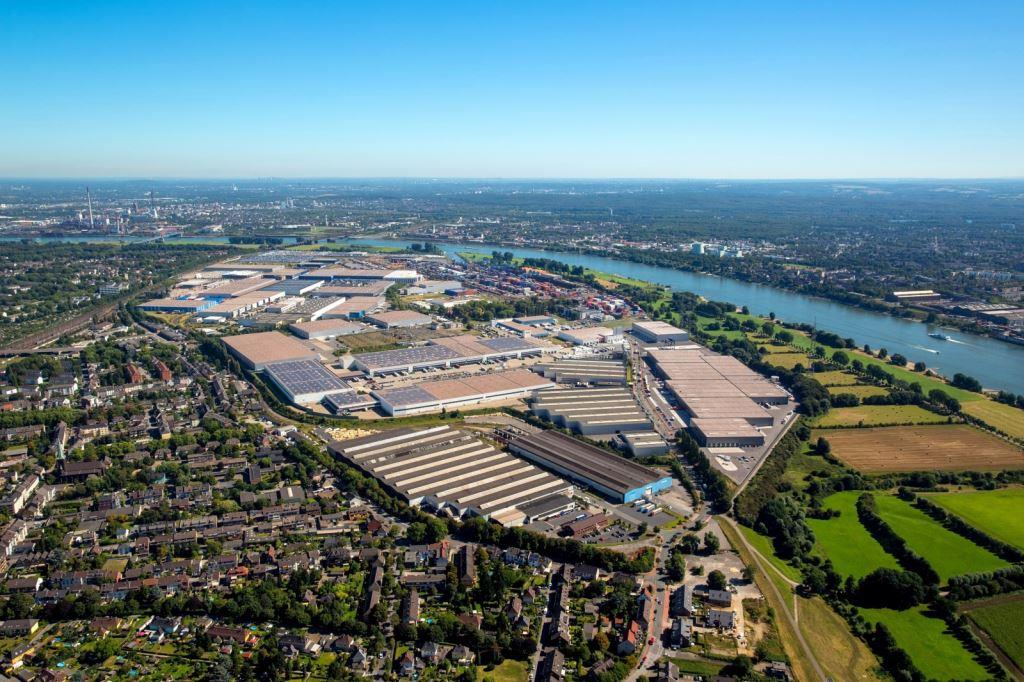 In duisport as much area has been marketed in the port in 2016 as never before, a total of around 355,000 m². On this surface a total of around 180,000 m² of buildings is being constructed. “This creates almost 1,000 direct jobs. duisport is a job engine of the city and the region,” said Erich Staake, CEO duisport.

Fressnapf, Europe’s market leader in the pet industry, built its new import warehouse for goods from Asia and North America on a 50,000m² plot on the Rheinhauser logport I-area. Also on logport I, on a 35,000 m² plot, a distribution centre will be built for Trinkkontor Bacher-Carina & Stams, a company of the Bitburger Brewery Group. At the new location the full range of services for beverage wholesale will be provided.

Furthermore, the companies Greiwing and Rhenus Logistics, already established on logport I, have built more warehouses for the handling of goods. So around 320 new jobs have been created on logport I.

On the duisport site Kaßlerfeld the Japanese company NGK, the world’s leading manufacturer of spark and glow plugs, is handling its products on an area of around 70,000 m². New jobs in Kaßlerfeld: 150.

The Steinhoff Group, a leading supplier to the furniture industry based in South Africa, establishes its subsidiary Global Warehouse as the first company on an area of around 100,000 m² on logport IV in Kamp-Lintfort. Steinhoff was followed by the e-commerce company Chal-Tec, which will handle its online trade operations on an area of approximately 100,000 m² as well. New jobs at logport IV: 500.

In view of the booming demand for space, Staake is satisfied that logport VI can be built on the site of the former paper factory in Duisburg-Walsum. “We will create space there for further locations of logistics companies. This creates jobs. Our success story, to make the old new, continues.”