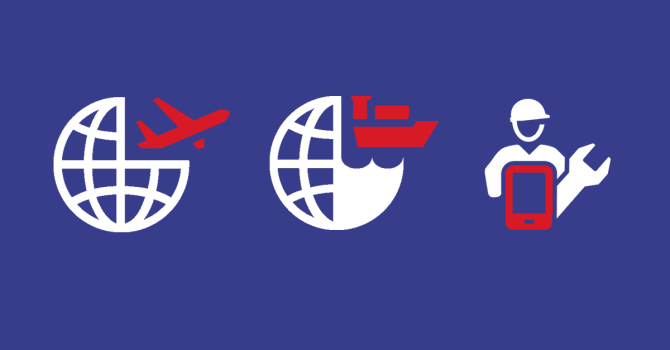 “Our company has ambitious growth targets for the coming years and a clearly defined plan for reaching them. Our three products – Air Freight, Ocean Freight, and Logistics and Manufacturing – will be critical drivers accelerating Panalpina’s growth, and that is why we need direct engagement in the decision-making process at the highest management level,” says Panalpina CEO Stefan Karlen.

In a press release Panalpina also confirmed two of the new roles on the Executive Board for Air Freight and Ocean Freight; it will make a further announcement on Logistics at a later date.

Swiss-born Lucas Kuehner (46), an 18-year Panalpina veteran, is being promoted to executive vice president, Air Freight, effective January 1, 2019. He has worked at Panalpina since 2000, and has risen through the ranks, holding senior roles in Switzerland and in the USA. He has been the global head of Air Freight and a member of Panalpina’s Executive Committee since 2012.

Danish-born Peder Winther (55), new to Panalpina, is to become executive vice president, Ocean Freight. He will join Panalpina on February 1, 2019. He has nearly 30 years of international experience in the freight forwarding and transportation industry. Winther joins Panalpina from Kuehne + Nagel, where he most recently served as president and regional manager Western Europe. Daryl Ridgway remains global head of Ocean Freight until the beginning of 2019. His future role within the organisation will be communicated at a later date.

“We’ve successfully turned around Contract Logistics and also established Logistics Manufacturing Services (LMS) as an innovative, industry-leading offering and an important differentiator for Panalpina. Our focus is now on improving top-line growth so as to firmly establish Logistics and Manufacturing as the third strong product in the long-term. We are currently further developing the growth strategy and refining the positioning for this part of our business,” explains Stefan Karlen.