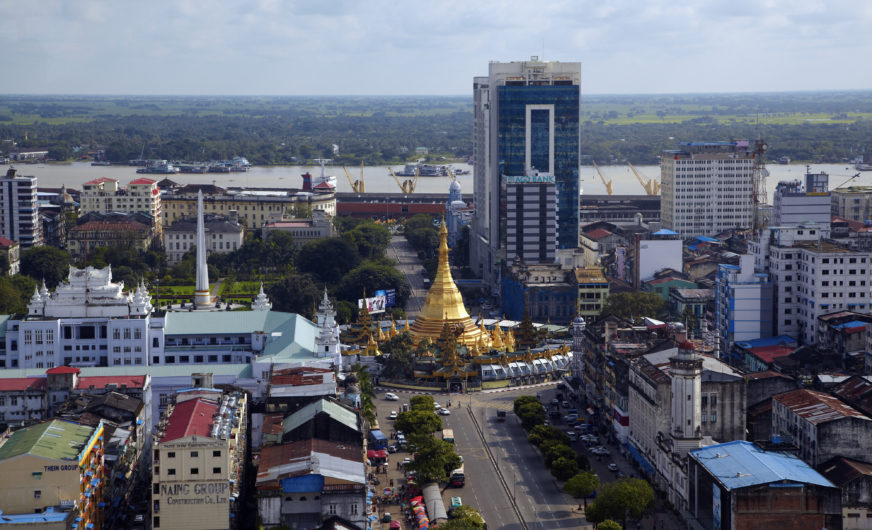 Established in Myanmar’s largest city of Yangon, Panalpina’s new office officially took up operations in mid-August. Panalpina’s team on site is able to handle end-to-end ocean and air freight shipments, both imports and exports, for local and international customers.
“Panalpina has worked with customers in Myanmar for many years through dedicated agents,” says Thorsten Harenberg, country manager for Panalpina Myanmar. “We have been grateful for their support, but having our own team on the ground here in Yangon will allow us to work more closely with and better meet the needs of our customers during this exciting time of investment and development.”
Myanmar had been isolated from international trade for decades until 2011, when a new civilian government was elected. As economic sanctions against Myanmar have been eased, international trade has escalated, especially imports. The majority of imported goods come from other Asian countries and Europe. Trade with China is growing, with new direct shipping services having been launched between Shanghai and Yangon.
In the south, Myanmar plans to develop Dawei into a deep sea port and special economic zone. Combined with new overland links into Thailand, Laos, Cambodia and Vietnam, this project could establish an attractive multimodal trade corridor between South East Asia and India. The lack of infrastructure remains a challenge though for this country with a population of 51 million; the demand for upgrading is huge.
For Panalpina, the biggest opportunities for growth are in telecommunications, manufacturing, oil and gas, as well as capital projects. Apart from transport infrastructure, power plants, refineries and gas terminals need to be built. Myanmar has vast offshore natural gas reserves and is rich with oil deposits and other natural resources such as gemstones and minerals.
www.panalpina.com