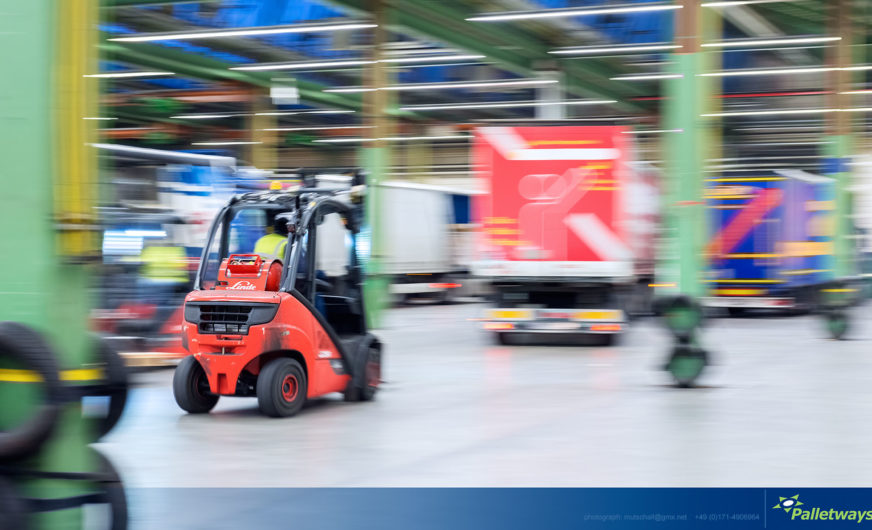 The expansion of Palletways is moving ahead. As of now the European network provider for palletised cargo offers also deliveries from/to Romania and Bulgaria. Thus they cover 20 European countries – including the recently integrated East European states of Poland, Lithuania, Latvia and Estonia.
In the course of the recent expansion Palletways connects its German central hub in Homberg/Efze to the Romanian partner-hub in Arad, from where all deliveries in Romania are made. At the same time the company is setting up a daily shuttle from Arad to the hub in Bulgaria’s capital Sofia.
Since August 19,2015 Palletways operates two weekly main runs between the German hub in Homberg and the new destinations in Romania and Bulgaria on Mondays and Wednesdays. In line with the continuously rising volume the frequency on the main run shall be increased flexibly shortly.
Customers of the network partners and central customers of Palletways may chose between the two service standards Premium (fastest possible
transport) and Economy (economic alternative, less time-critical) and six standardised, international pallet types.
Palletways was founded in 1994 in the UK and has more than 400 depots as wells as 14 hubs and offers collection and delivery services in 20 European countries. More than 30,000 daily consignments are dispatched.
The company offers consistent tracking and tracing of all shipments across its network, both for cost-efficient Economy shipments and fast Premium shipments.
www.palletways.com