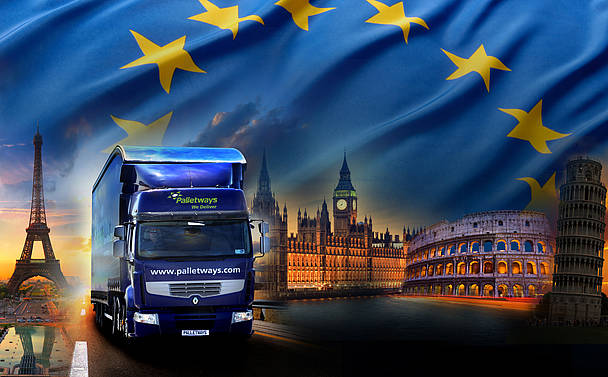 Palletways Europe GmbH, a European network provider for palletised cargo, starts operating a new hub in Lyon, France on 18 April 2016. This will cut the transit time to the economic region Rhône-Alpes in the south-east of France by one day. Also the UK and the Iberian Peninsula will profit from this new hub in Lyon in the form of shorter transit times for shipments to and from France.

The new hub in Lyon is part of the strategic plan to set up additional hubs in Europe, expanding the existing pick up- and delivery services for palletised freight. The enterprise has recently invested into new hubs in Montpellier, France and Fradley, UK and expanded the capacity of its existing hubs in Saragossa, Spain and Milano, Italy. In Germany, a state-of-the-art central hub in Knüllwald-Remsfeld (near Kassel) will start operation in the summer of 2016.

Rachael Alpha, managing director of Palletways Europe GmbH, on future plans: “In 2016, our focus is on the continuous expansion of our infrastructure. We will add more connections and increase the service quality for the 20 countries where we are active. The new hub in Lyon supports our growth strategy in France and also enhances our European offer for senders of palletised cargo.”

In the 2014/15 financial year the Palletways group has almost doubled its profit. In the reporting period the enterprise had an operational profit of EUR 13.8 million (profit before goodwill and non-recurring costs). The consolidated turnover rose 14 percent to EUR 327 million in this period. In 2015 six countries were added to the network, including Poland, Romania, Bulgaria and the Baltic States (Latvia, Estonia, Lithuania).