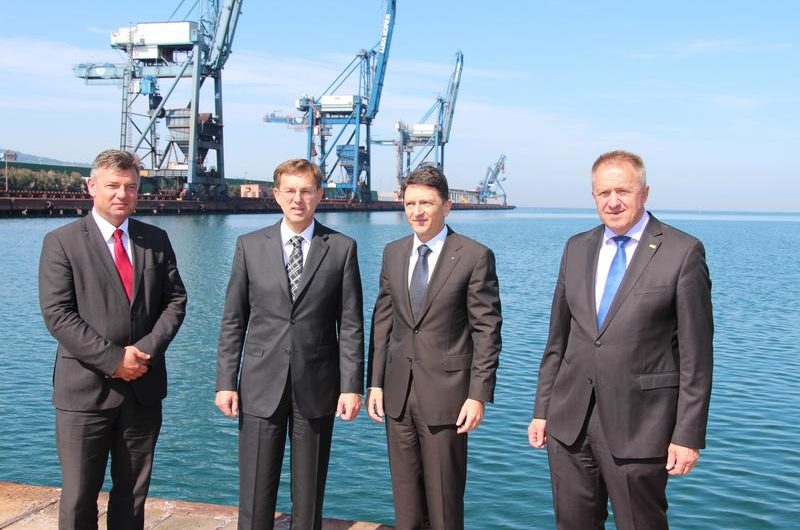 Slovenian Prime Minister Miro Cerar, accompanied by the Minister for Infrastructure Peter Gašperšič and Minister of Economic Development and Technology Zdravko Počivalšek, visited the port of Koper and met with the management of Luka Koper, d. d., including the president of the management board Dragomir Matić. The main topic was the construction of the second railway track between Koper and Divača. The government’s delegation has verified the status of the current single track by coming to Koper with train.

The Prime Minister praised the company’s operating results. “The strategic plans of Luka Koper are an encouragement for the government to continue with the project of the second rail track. Our government must begin to build the second rail track while counting on the help and support of all involved parties,” said the Prime Minister. He announced that the director of the project company 2TDK that will actually be the investor of the second track, will shortly be appointed. Building permit for the construction of the new track has become officially valid 27 May, but the problem remains the financial aspect of the project, estimated  at around EUR 1.4 billion. The real value will be given by the revision of the project which is currently under the bid procedure.

President of the management board of Luka Koper Dragomir Matić has provided support and participation of the company in the search for solutions to the construction of the second track and explained that the company needs a specific timetable, if it wants to adjust its development plans. “Since 2007, Luka Koper increased its throughput at the container terminal by 258 per cent, while in this same period 15 largest European ports increased on average by 12 per cent. The container terminal has the greatest potential, and we will invest in it more than EUR 230 million euros in the coming years. However, this cargo group is also the most sensitive to the efficiency of the rail link between the port and the hinterland, so we need a concrete answer, when we can expect the additional track to be built”, said Dragomir Matić, adding that the development plans of the port are supported by all employees, who create added value and excellent operating results.

Both sides came with a commitment that they will soon meet again and continue to cooperate intensively on the second rail track project, which, according to the government is strategic and of maximum priority.