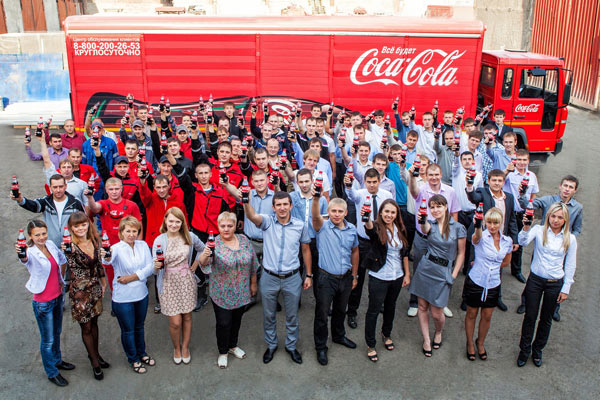 For 15 years already, the Bremen-based Ortec GmbH has been handling several projects for Coca-Cola and has become a long-term partner meanwhile. The two companies have had a global agreement since 2007.

Apart from its SAP capability, the software producer was able to convince the customer with its flexible development team, able to continuously adjust to the high requirements of the beverage producer. All operations are controlled from the German site in Bremen. This is also where the Coca-Cola Customer Focal Unit is located, permanently dealing with the affairs of the global group.

In North America, where about 20 per cent of the products are sold, the beverages company was able to save USD 45 million just after implementing the Ortec planning system. 10,000 Coca-Cola trucks are on their way in this region. The planning system by Ortec are exactly calculating how many trucks are required for the tours, how they should be loaded in the best way, and what is the most efficient route – within the warehouse as well as on the road. With the many kilometres saved, Coca-Cola can also reduce its fuel costs and emissions.“

The Coca-Cola partners using Ortec software include among others Coca-Cola Hellenic based in Athens. Hellenic counts among Europe’s biggest beverage filling companies for non-alcoholic beverages. 28 subsidiaries with 366 storage and distribution facilities, and 18,000 vehicles are using Ortec solutions to optimise their supply chain.