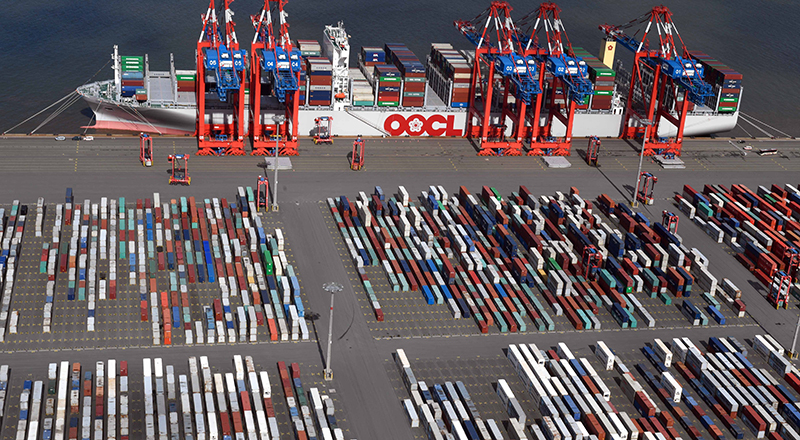 More than 25 years ago, on April 1st, 1993, the Orient Overseas Container Line Ltd, Hong Kong (OOCL) established its own branch in Germany. The headquarters of the German organisation has been based in Bremen since the beginning. Today, not only the business in Germany but also the region of Northern Europe with its own subsidiaries in Denmark, Finland, Poland and Sweden are managed from the headquarters.

It started with 87 employees, of which 42 from the house of the previous OOCL agent Karl Geuther GmbH & Co. have changed to the then newly established national company of OOCL. 19 employees from the very beginning are still working in the company today, celebrating their 25th anniversary at OOCL on April 1st, a special event in this often fast-paced world.

To appropriately honor this milestone, the OOCL is hosting a reception for invited guests in the Upper Town Hall of the Bremen City Hall on April 20th, 2018 at 4 pm. Martin Günthner, the Senator for Economics, Labor and Ports of the Free Hanseatic City of Bremen, will address a greeting to the guests, which will include Hong Kong board members as well as customers, service providers and employees.

Today, more than 180 employees work for the OOCL Group in Germany, of which 19 are trainees. In the years of its existence, OOCL in Germany has continuously expanded its vocational training. Offering young people high-quality vocational training and the opportunity to enter a career is a great commitment of OOCL.