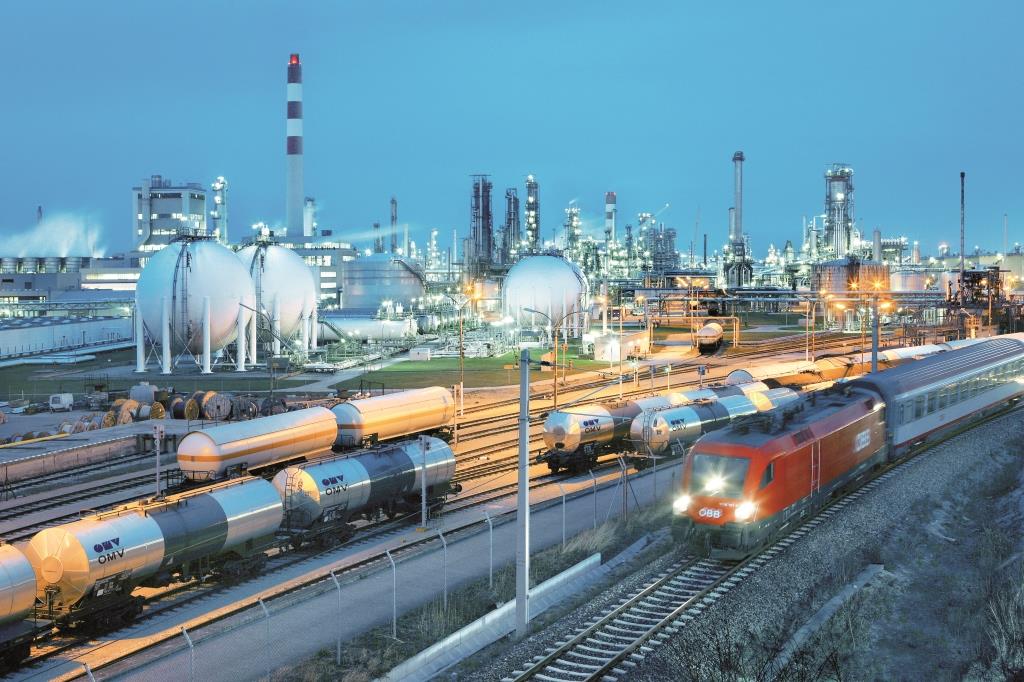 The OMV energy group is increasingly shifting its transports of mineral oil and other petrochemical products to the railway. In the period from 2009 to 2015 OMV Refining & Marketing GmbH, the subsidiary responsible for marketing mineral oil products, had been able to increase the volume of rail shipments from 7.2 million tonnes to 9 million tonnes per year. Thomas Schlosser, manager responsible for the group’s refinery logistics, announced these figures to the logistics magazine Österreichische Verkehrszeitung (ÖVZ) during the 2016 information event of the Austrian association of stakeholders of private railwagons (Verband der Privatgüterwagen-Interessenten Österreichs – VPI).

Mineral oil dispatch by rail literally runs like a well-oiled machine, which is also reflected in the number of tank cars used: “In 2011, we rented 2,250 units, today we rent around 2,500 cars,” Thomas Schlosser pointed out.

The refinery in Schwechat with its affiliated tank farm in the port of Vienna-Lobau transports 32 percent of all supplies of mineral oil and other petrochemical products on the railway, 28 percent by truck and eight percent by barge.

32 percent of the volume “travels” via two pipelines: one “tube” takes the oil from Schwechat to the large tank farm in St. Valentin/Mostviertel, and the other one transports the jet fuel kerosene to the major customer “Jet” at the Vienna airport in Schwechat.

Read the detailed report on the OMV’s rail logistics in the current issue of the ÖVZ/LogEASTICs.