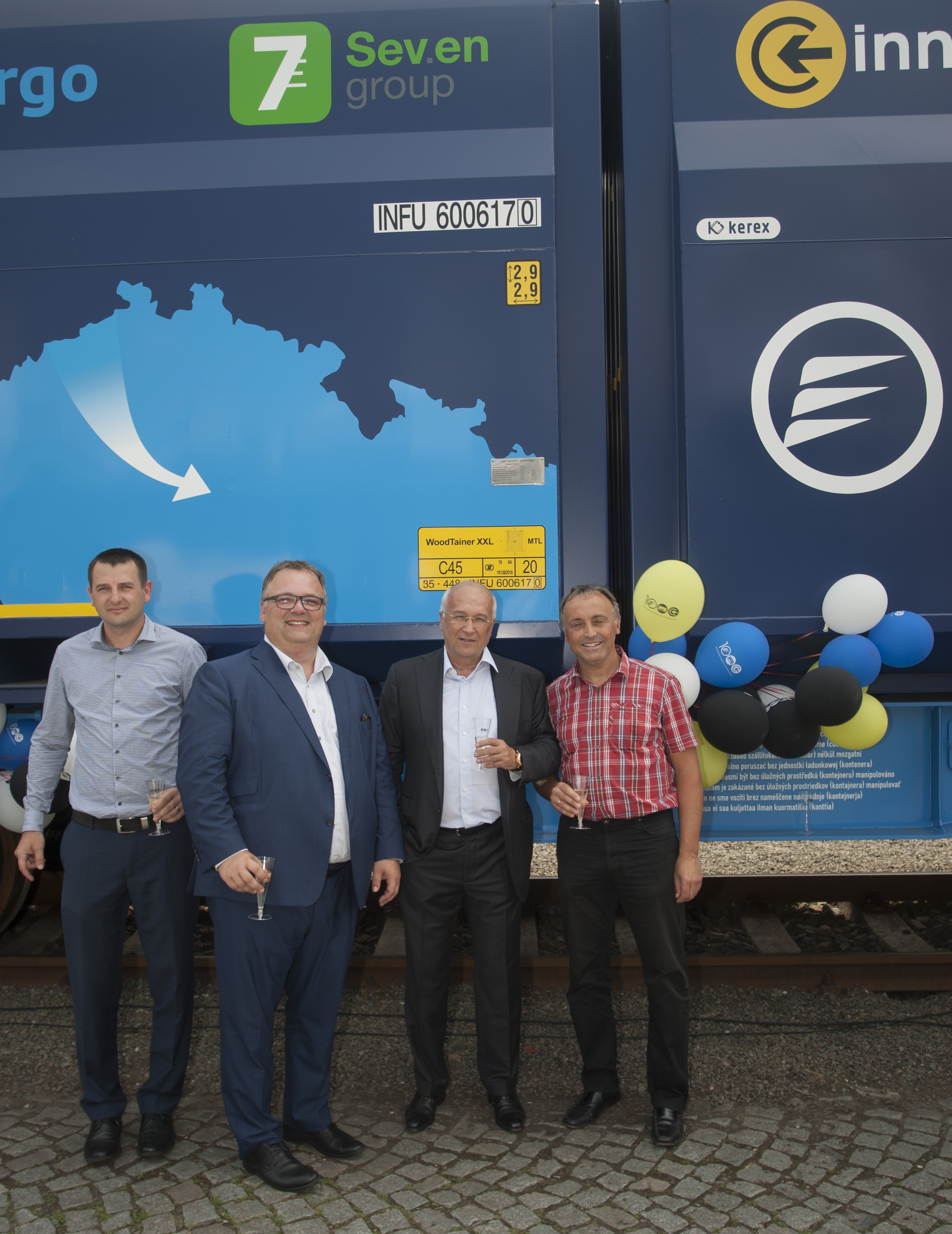 Together with the supplier Tatravagónka a.s. Poprad, Innofreight has delivered the 1.000th InnoWaggon. These innovative wagons are operational in several countries: Austria, the Czech Republic, Germany, Poland, Slovakia, Slovenia, Sweden, Finland. The goal is to introduce the InnoWaggo to other new markets, the company announces in a press release.

The 1.000th InnoWaggon has been officially handed over to the longtime partner ČD Cargo at the Fair “Czech Rail Days 2018” in Ostrava, Czech Republic.

The development of innovative wagons, containers and unloading systems for and in cooperation with customers is the focus of the company’s operational activities. Currently about 10,000 containers in use.