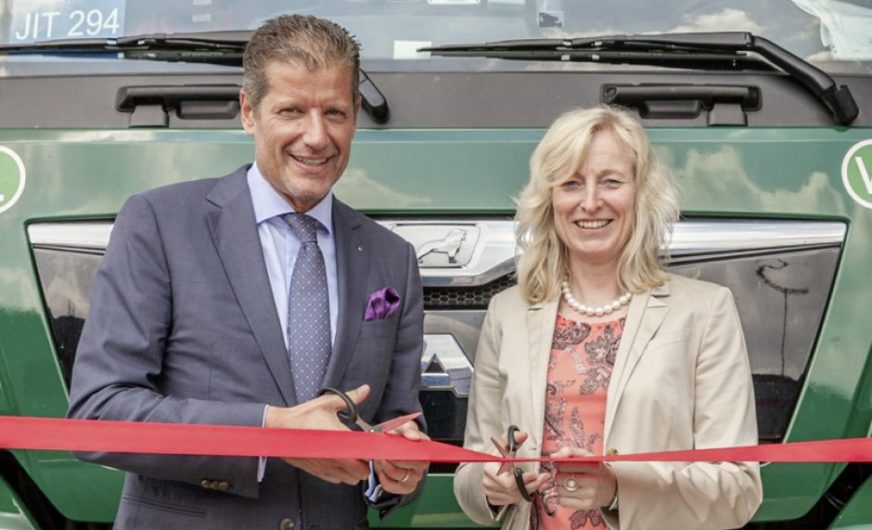 With the idea of making material logistics more efficient and environmentally compatible, the new Group Consolidation Center KCC in Malacky near Bratislava was officially inaugurated on August 24. KCC is operated by Duvenbeck under contract to Volkswagen. About 1,200 tonnes of material and 6,000 containers are moved there every day.

“KCC Bratislava is a further building brick of the Volkswagen group’s logistics with a view to optimising material transport. A sustained reduction in truck traffic of about 10 percent between KCC and the European plants and a reduction of about one third in the energy requirements of the building are two aspects that make the KCC efficient and environmentally compatible,” said Thomas Zernechel, Head of Volkswagen Group Logistics.

KCC Bratislava will provide a new transhipment point for full and empty containers within the Volkswagen group transport network. At the facility, flows of goods between suppliers and group plants at considerable geographic distances will be consolidated. About 540 suppliers from Slovakia, Hungary, Romania and Bulgaria will supply components to 28 European plants of the Group brands Volkswagen Passenger Cars, Audi, Volkswagen Commercial Vehicles, Škoda, Seat, Porsche and Lamborghini via the Consolidation Center.

In comparison with the previously leased logistics building, the new KCC building in Malacky with floor space of 19,000 m², 24 loading and unloading stations and 50 truck parking spaces, offers very good structural conditions. A hall area of about three soccer pitches will allow to handle material flows from the region for all brands within the group efficiently and to leverage synergy effects.

The KCC building has also created the basis for implementing alternative transport concepts which will further reduce carbon dioxide emissions. For example, further volume consolidation within Europe and supply and disposal using low-emission long trucks are conceivable in the future. If a decision in favor of the use of long trucks throughout the EU is taken, this transport approach will prove to be a future-oriented alternative.