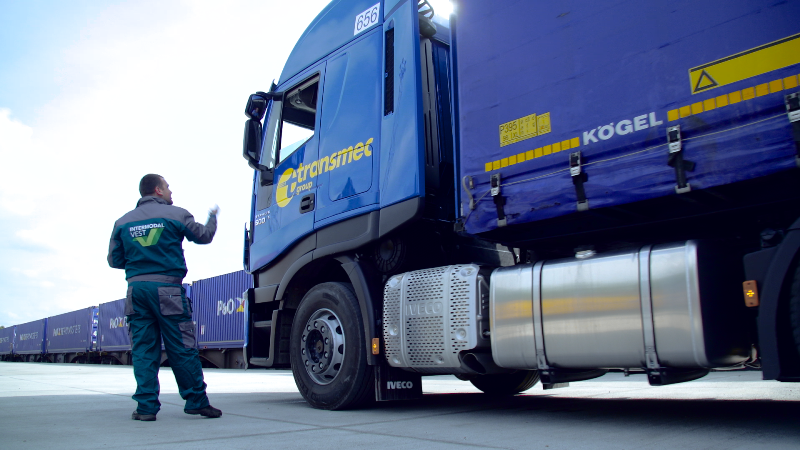 The initiative provides a dedicated facility for the partnership’s innovative and environmentally friendly railbased intermodal links between western and eastern Europe. The companies launched a Belgium-Romania service two years ago – initially via the public Romanian railhead in Curtici – and added an Italy-Romania route in June after acquiring the Oradea operation.

Using private rail operators to run dedicated company trains, there are currently three round trips per week between Oradea and Zeebrugge in Belgium and two per week linking Oradea with Piacenza in Italy. Transit times of 48-72 hours are boosted by short pre-advice notice requirements.

Operations are supported by combined company resources including a network of 50 offices across Europe, 500 Huckepack trailers and some 2,500 specialised containers. Direct control of own-fleet equipment guarantees year-round availability.

Proximity to the Oradea ring-road provides fast truck access to the Romanian hinterland. Forward shipment by road to and from the Balkans, Turkey, Ukraine, Moldova and Bulgaria can be arranged via the terminal, as well as short-sea connections from Constanta and Varna to Black Sea countries.

P&O Ferrymasters intermodal director Wim Blomme comments: “Our customers will now benefit from a dedicated and integrated intermodal product covering ferry, rail, road and terminal operations – all of which is focused on enhancing service levels and creating a future network to build upon.  The investments made to acquire and upgrade the terminal demonstrate our long-term vision and ambition to develop further into the east.” He adds: “The P&O Group’s confidence in intermodal development is also underlined in Zeebrugge, where our trains operate from the recently extended P&O Ferries rail terminal.”

Transmec’s cooperation with the P&O Group dates from the early 1980’s – as the ferry company’s representative in Italy – and for the past 14 years has included close association with P&O Ferrymasters, mainly on the Italy–UK trade corridor.

In September 2014 the logistics partners expanded their intermodal portfolios by running their first company trains together under the Zeebrugge-Romania joint venture. Operational and commercial limitations at the Curtici railhead prompted the companies to source a private, dedicated alternative and the Intermodal Vest operation at Oradea was acquired in April 2016.  Since then, work to upgrade the terminal infrastructure has been taking place alongside the introduction of services.