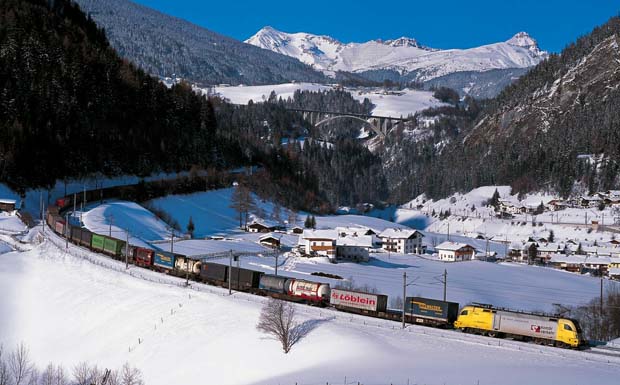 Europe’s largest provider of intermodal transport solutions on the railway, is launching a new shuttle train service between Duisburg-Ruhrort Hafen and the Dutch terminal of Moerdijk CCT. The newly introduced service is accompanied by extra capacity on many of the company’s existing routes, to boost business with Italy and northern Europe in the long term. In the national network, the new short shuttle train between Cologne Eifeltor and the BASF terminal in Ludwigshafen should also provide for new business both in this transport corridor and in a wide variety of gateway services.

The new connection between the Ruhr district and the Dutch province of North Brabant enables Kombiverkehr to increase the existing range of services to and from the Netherlands by another three train pairs a week. The aim is to gradually increase the frequency of services to five departures a week in each direction.

The first day of departure is 10 January, after which customers in the forwarding and logistics sector will have the opportunity to book available capacity from Duisburg-Ruhrort Hafen on Tuesdays, Thursdays and Saturdays. The trains operating in the opposite direction will depart from Moerdijk on Mondays, Wednesdays and Fridays. Apart from local drop off and pick up of loads by truck at the Moerdijk terminal, but the port also provides access to the ferry services to and from Great Britain operated by the A2B shipping company. The traction for the train is provided by KombiRail Europe, a railway company that specialises in the Betuwe line.

In view of the rising transport volume between Germany and Italy, Kombiverkehr is adding another ten weekly departures to the existing number of trains to and from Verona. This means that the company now provides a total of 120 weekly train departures on the main alpine crossing via the Brenner Pass.

With the introduction of a train between Cologne Eifeltor and Ludwigshafen BASF, Kombiverkehr promises several advantages at a time. Even though the distance of just 240 kilometres makes this a relatively short connection, the company can now give a positive response to customer enquiries on this transport route as well. The new train product really comes into its own in gateway services for customers who have their consignments moved on several trains within the transport chain.

In international transport in particular, freight forwarders can now reach their preferred destination terminals in France, Spain and Austria, from both Ludwigshafen and Cologne. Barcelona Morrot and Wels have connections to Cologne Eifeltor, for example, a service that the operator was previously unable to offer.

Since total capacity has now been increased on the existing services between Cologne and Greece, and Cologne and Turkey via Trieste, consignments can be transported via direct train services, but also – in case of high demand – by gateway services via Ludwigshafen.