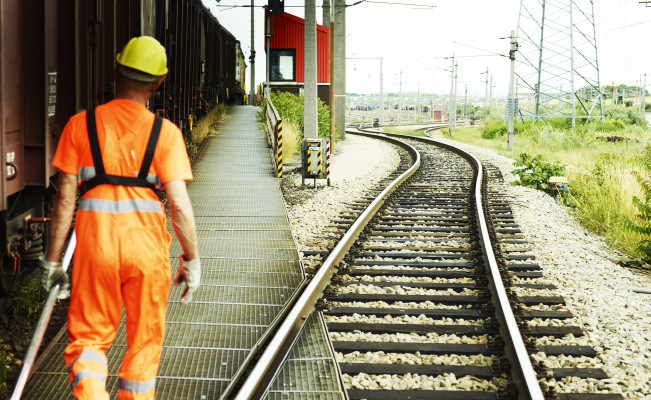 On October 17 the new 1.4 kilometres double-track segment of the Pyhrnbahn railway route („Betriebsausweiche Linzerhaus“) in the municipial territory of Spital am Pyhrn will be inaugurated. This expansion allows increasing the frequency on the Linz – Selzthal route.
A new embankment with two tracks was built for the new section between the railway station Spital am Pyhrn and the northern portal of the Bosruck tunnel. Works stared in the spring of 2014 and were carried out almost exclusively during ongoing operations.
In the course of the project, the double-track railway was built, including crossovers and catenaries and integrated into the existing track. The old track inventory and the associated technical equipment were removed.
Between Linz and Selzthal there had been intensive works on a selective double-track extension for increased regional and national transit traffic in recent years. The route from Kremsmünster to Kirchdorf an der Krems has already been expanded to two tracks on selected segments. The transport stations Wartberg, Nußbach, Schlierbach and Spital am Pyhrn were modernised. The “Betriebsausweiche Linzerhaus” is now one more section on the Pyhrn route that is operated on double tracks.
www.oebb.at