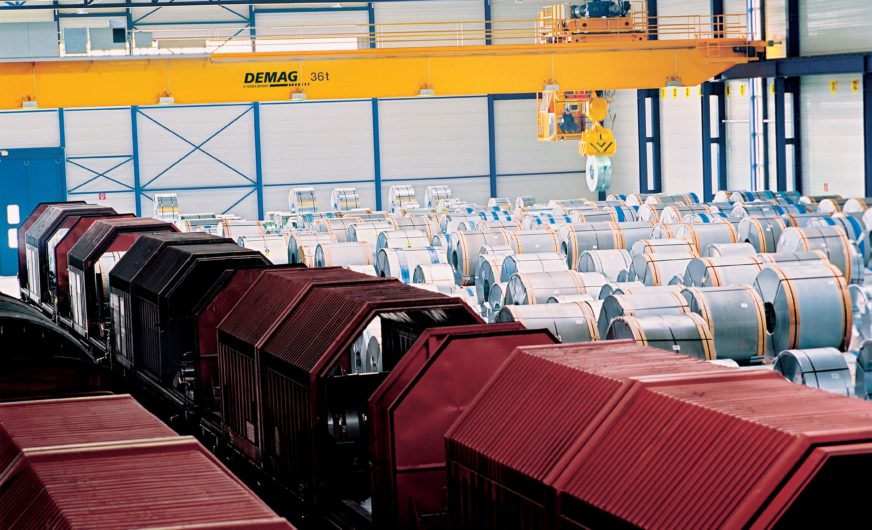 Demag Service will modernise four crane installations operated by Imperial Logistics International with a comprehensive package of measures. The specialist for transport and supply chain solutions has awarded a contract for the refurbishment of four pro-cess cranes, which have served a steel coil store at its location in Bochum, Germany, for 16 years.

Besides replacing the crane bridges and setting up a new crane control system, the forthcoming modernisation project will also include the implementation of synchronised control for the long-travel motion. In addition, Imperial Logistics International has placed an order for the refurbishment of the entire crane runway.

The four identical process cranes entered service at the location in Bochum in 1999. Besides storing steel coils that are delivered by shuttle, the cranes, which operate on two parallel runways, ensure that coils are staged in time for further transport by truck or rail. The double-girder overhead travelling cranes, which are manually controlled from a cab, have a load capacity of 36 tonnes. The four cranes handle some 2.7 million tonnes of steel every year.