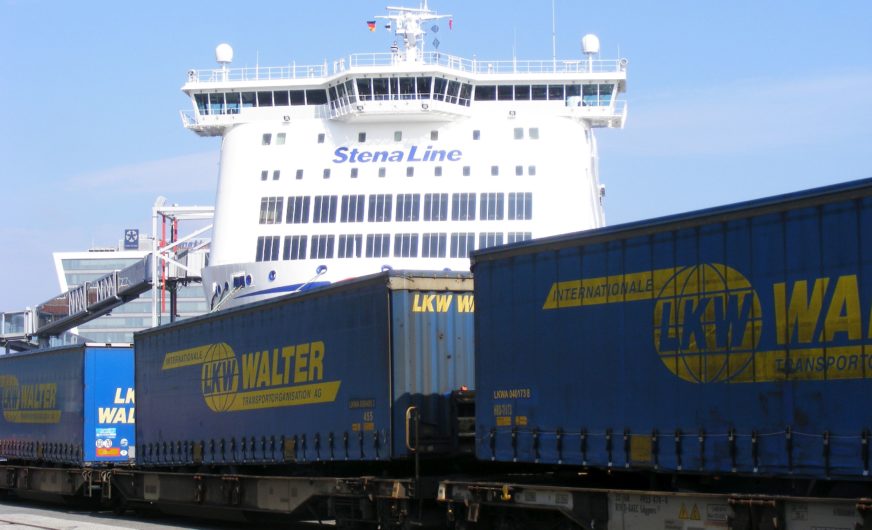 In close cooperation CFL multimodal, Stena Line and LKW Walter launched a new direct connection for combined transport (CT) of freight between the intermodal terminal of Bettembourg-Dudelange (Luxembourg) and the Schwedenkai in Kiel for onward shipment to Gothenburg. The first train left Luxembourg on 21 January and will arrive in Kiel on 22 January.

The initial timetable will offer three weekly round trips with departures from Kiel on Monday, Wednesday and Friday.  The new service connects the Scandinavian markets with Central Europe, France and Spain via the Bettembourg intermodal hub.

Dirk Claus, Managing Director Port of Kiel: “We welcome the new connection and support the expansion of combined freight transport. Part of our port’s strategy is to shift hinterland traffic from road to rail wherever possible. The new Bettembourg-Kiel link makes another important contribution to reducing emissions”.

The train has a length of 710 metres and is composed of 21 wagons to carry trailers and containers. It can be used to transfer up to 10,000 trailers and containers from road to the more environmentally friendly rail every year. This year, the seaport of Kiel is expecting a transport volume of 8,000 cargo units between Kiel and Bettembourg.

The expansion of Kiel’s Meimersdorf shunting yard, which was completed in November last year, formed the basis for new train connections. At the Schwedenkai in Kiel, 25 percent of hinterland traffic is already handled by rail. After almost 24,000 load units were loaded onto the railway last year, this figure is set to be well over 30,000 this year.

“The new intermodal train is an example of the landside services that Stena Line is setting up and directly marketing in cooperation with partners. The cooperation with CFL multimodal and LKW Walter shows a new way of thinking in erms of organising cargo flows in the sense of a more sustainable offer. We see great potential in the future and are working hard to establish further attractive CT routes to Sweden,” says Katrin Verner, Freight Commercial Manager Stena Line.