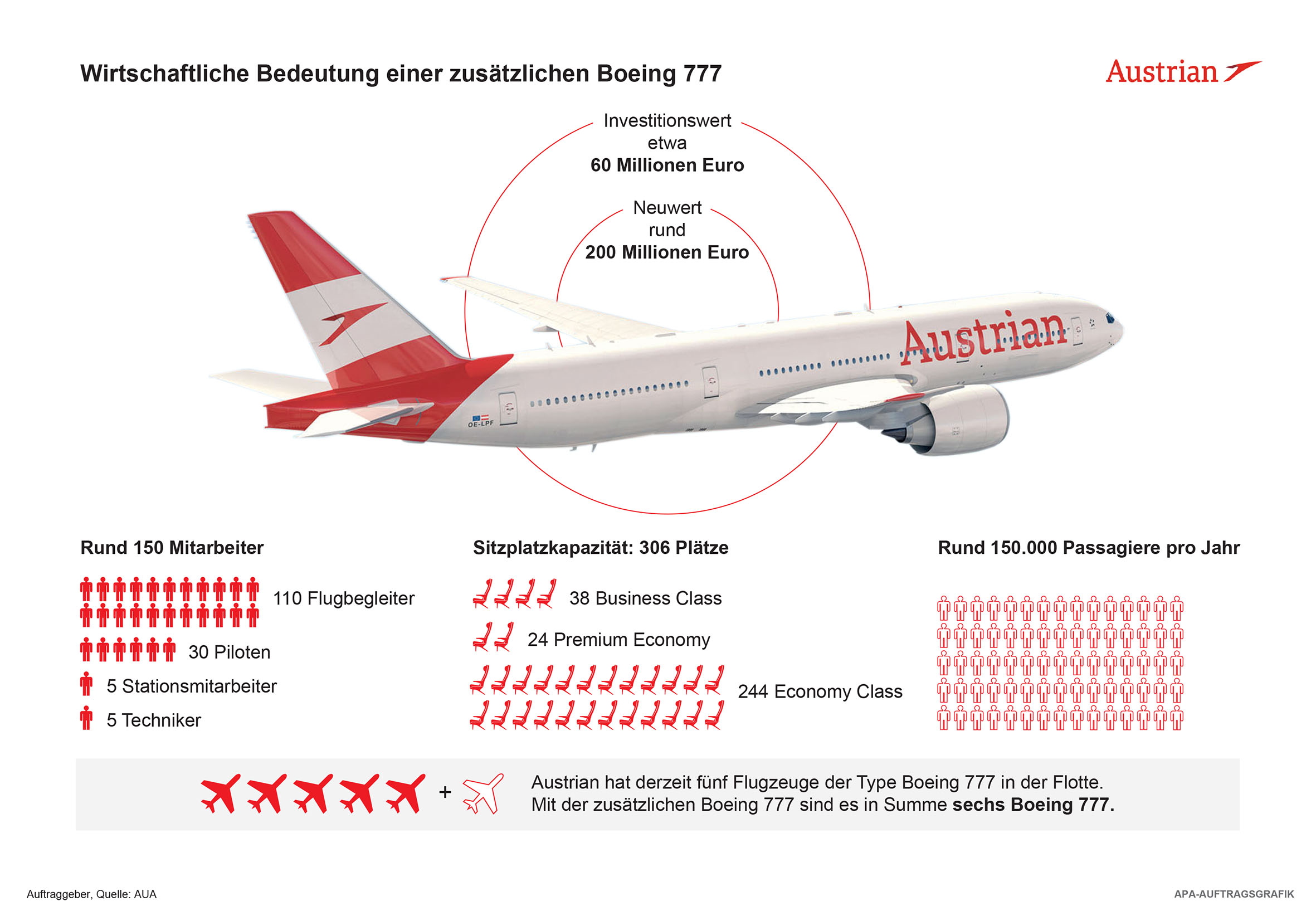 Austrian Airlines is going to welcome its new Boeing 777 at its home airport in Vienna on May 8th. The long-haul aircraft with the registration OE-LPF was modified in Hong Kong and adapted to meet the standards of Austrian Airlines over a period of four months. After a successful acceptance flight the Boeing 777 will be transferred to Vienna.

“The additional Boeing 777 offers room for 306 passengers and will be of major importance to the Austrian business location. The tourism sector as well as the labour market and the infrastructure in Austria will benefit from the new aircraft”, states Austrian Airlines CEO Kay Kratky. The long-haul aircraft has a capacity of 15 to 20 tonnes per flight, depending on the route.

The Boeing 777 was leased from the Irish aircraft lessor AerCap for a period of eight years and represents an investment value of about EUR 60 million including conversion costs. The value as new of the world’s largest twin-engine passenger jet is about EUR 200 million. About 150 employees are required to operate such an aircraft (110 flight attendants, 30 pilots, five station employees and five technicians).