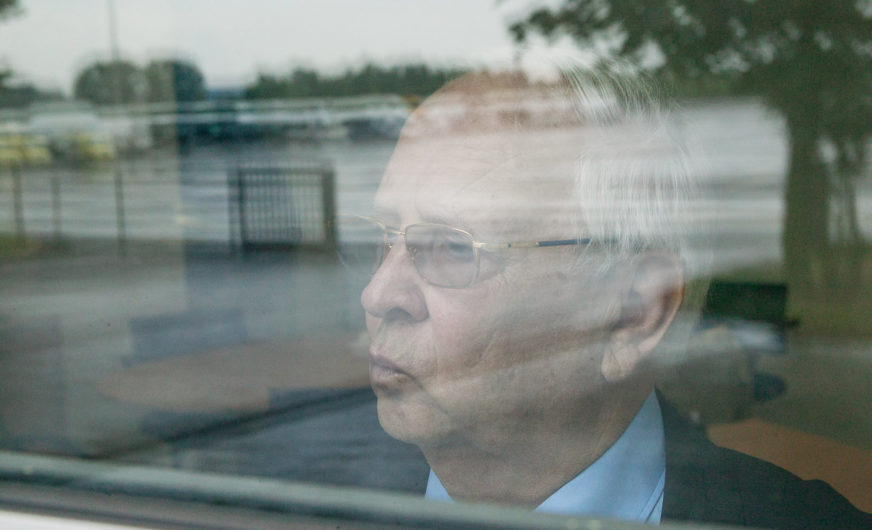 “My father was a man of extraordinary ability and great entrepreneurial visions. Through his tireless efforts, he made the Mosolf Group to the what it is today. Cooperating on an equal footing with the customers was as important to him as having an open ear for the employees,” says Dr.
Jörg Mosolf, Managing Partner and Chief Executive Manager of Mosolf Group.
Born in 1928 in Wittstock an der Dosse, today’s Brandenburg, the childhood and youth of Horst Mosolf were marked by war, captivity and flight. Three times he had to witness his family loosing everything they had, last the expropriation of his parents in the former DDR. Then his family flew via Berlin to Western Germany in 1953.
In 1955, at the age of 28 Horst Mosolf and his wife Marianne established a forwarding company for vehicle transportation and technical services in Kirchheim/Teck, Baden-Wuerttemberg. At that time he had found a market niche in the transport sector. Meanwhile, the Mosolf Group has developed into a global service provider with 2,500 employees at 30 locations in Europe.
Throughout the company’s history the trained forwarding agent always demonstrated a keen sense to anticipate customers’ needs and to accompany them on their way. Early he realised that in addition to the necessary transportations, carmakers had also need for further service functions such as storage or service.
In order to offer advanced services close to the plants or the main hubs, Mosolf established also in the European market since the early 60s. The first location was built near the Belgian port of Antwerp, where the automobile logistics worked as a car exporter and shipped vehicles from German production to overseas destinations. Later the Mosolf Group successfully continued to expand to Spain, France, Poland, the Czech Republic and overseas.
The merits of the entrepreneur Horst Mosolf are reflected in the numerous awards he had won. He was awarded, among others, the Federal Cross of Merit with Ribbon, the Economic Medal of the State of Baden-Wuerttemberg and the Order of Merit of the Federal State of Brandenburg.
At the reception of an appreciation for his life’s work by the European Carrier Award of the longstanding customer of Mosolf – Daimler – in 2014, Horst Mosolf said: “If one has a vision in life, this is also the motivation to implement it with all one’s strength.”
www.mosolf.de