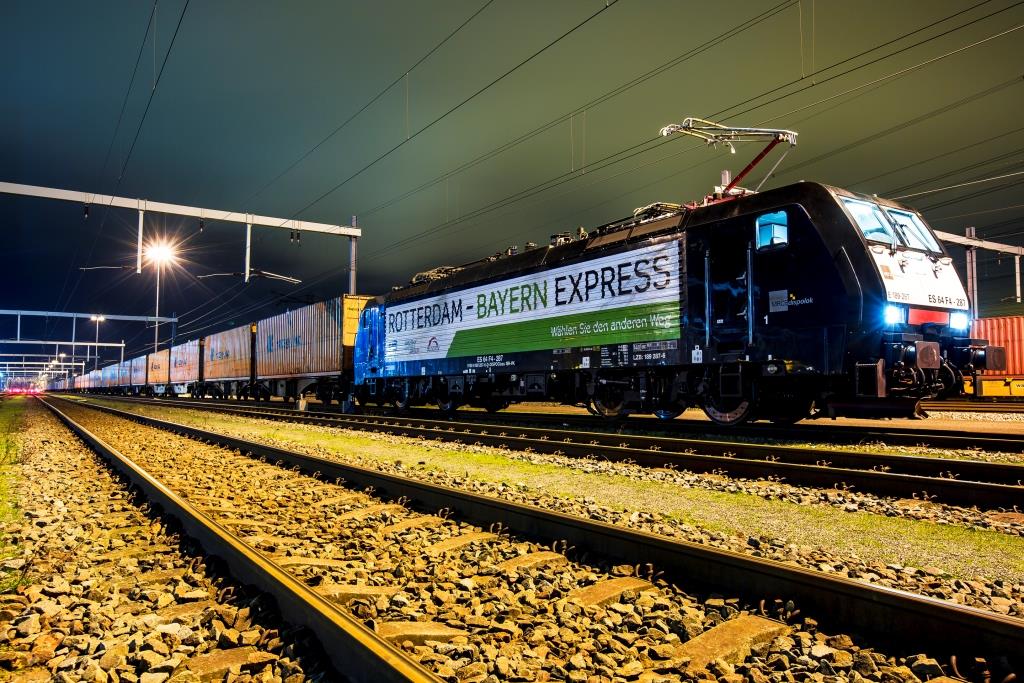 By increasing the frequency from 7th of February 2017, European Gateway Services (EGS) and TX Logistik AG (TXL) emphasise the importance of a highly frequent service between Southern Germany and the port of Rotterdam.

The Rotterdam-Bayern Express can accommodate both maritime and continental cargo. In Rotterdam, the train serves all major container terminals at both the Maasvlakte and in the Maashaven/Waalhaven area. In Southern Germany, the service calls at respectively the Tricon Container Terminal in Nuremberg and the inland terminal München Riem in Munich. European Gateway Services and TX Logistik also offer pre-transport and post-transport services at both locations.

Cargo which departs Rotterdam by train on day 1 is available on the South German terminals on day 2 and already at the doorstep of customers anywhere in Southern Germany and the north-west of Austria on day 3. In the other direction, a similar transit time applies to the connection with the deepsea ship.

A major advantage of the route via Rotterdam is the time savings that customers can achieve. Many deepsea shipping lines use Rotterdam as their first and last port of call in Europe. To and from Southern Germany, this results in highly favourable transit times. While the deepsea ship sails to the North German ports after having called at Rotterdam, the container is already en route to Southern Germany on the Rotterdam-Bayern Express. This can easily reduce the journey time by two days.

In the other direction, outbound cargo from Southern Germany can actually be put aboard the train later and still make the connection with the deepsea vessel in Rotterdam. Furthermore, the route via Rotterdam makes it possible to benefit from the fiscal advantages which are available in the Netherlands.