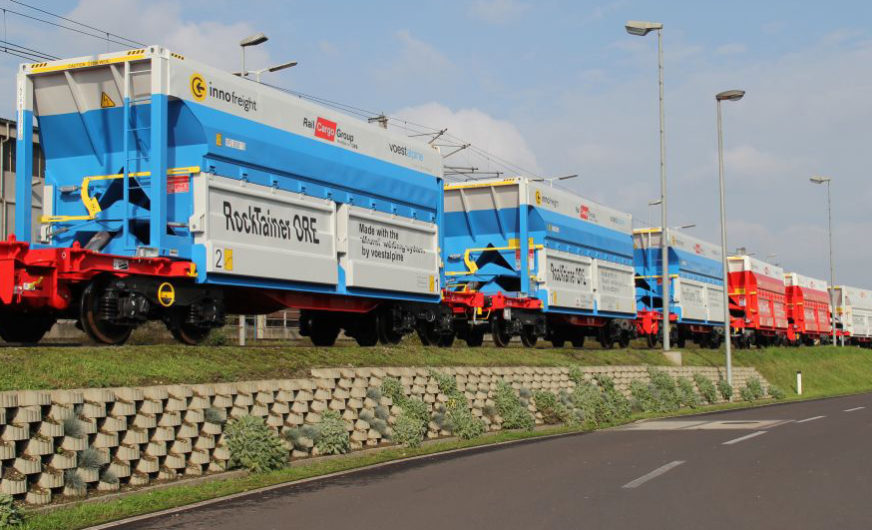 Rail Cargo Hungaria Zrt. has successfully started loading iron ore into a new type of wagons called RockTainer ORE and to transport it in the area of Záhony-TÜK, Eperjeske Átrakó in January. The rail company is planning to operate two shuttle trains based on this system, with destinations in Linz and Leoben. There is an opportunity to load 24 containers on 12 wagons per train.

Applying the special wagon type makes it possible to form trains of at least 1,400 tonnes instead of previously 1,260-1,300 tonnes.

Rail Cargo Hungaria Zrt. is a member of Rail Cargo Group, one of the largest forwarding groups in Europe. Using almost 10,000 wagons, the company carries about 33 million tonnes of goods per year on 150,000 trains, and about 10 million tonnes of them using 25 locomotives of their own fleet.