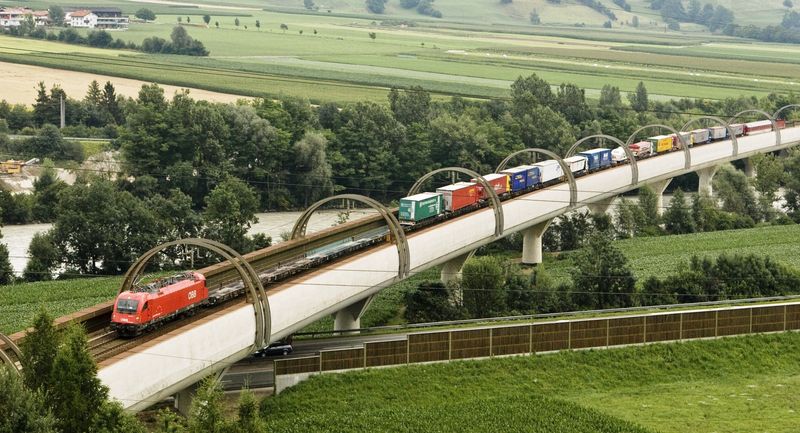 As of November 1, the Rail Cargo Group increased its capacity on rolling road shuttles between Wörgl and the Brenner pass by about 30 percent. This means, in addition to the 34 links, another eight daily trains are operated.

From the start of the sectoral traffic ban, a total of 42 daily rolling road trains will be available on the two routes Wörgl – Brennersee and Wörgl – Trento, to shift truck transports from road to rail. Thus, daily up to 770 trucks can be “piggybacked” through Tyrol.

Calculating for the full year these additional trains mean an additional capacity of about 40,000 truck slots. Thus 217,000 slots in total are available per year for environmentally friendly transport of trucks in Tyrol. With increasing demand a further increase is possible at short notice.

In recent years, ÖBB have also made provisions in terms of infrastructure at the terminals in Wörgl and Brennersee. So some structural adaptations, like a parking for truck manipulation, a modern truck scale and a company building were implemented at the Brennersee terminal.

At the Wörgl terminal several tracks were created for loading, opening times were extended, and the 80 trucks parking space was expanded by another parking for 36 trucks. Last the access road to the rolling road terminal in Wörgl was newly paved.

In 2015, 154.860 trucks were transported on the Brenner rolling road service. This year, 114,300 trucks until the end of September meant a capacity utilisation of more than 80 percent.