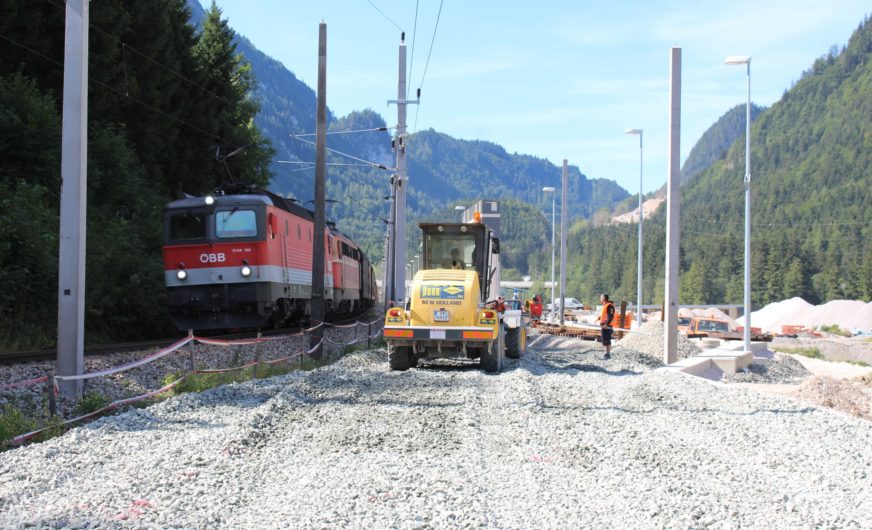 From September 12 to October 17, 2015 comprehensive construction works will be carried out on the Pyhrn route segment between Kirchdorf and Selzthal. The route will be temporarily closed in order to modernise the infrastructure at several places simultaneously.
Between Spital am Pyhrn and Selzthal the “Linzerhaus” alternative route is entering its final stage. Tracks in the segment Steyrling – Hinterstoder are being renewed at the same time. In the stations Klaus and Hinterstoder, as well as in the segment Pießling-Vorderstoder maintenance works are carried out. The work will take place at weekends and sometimes during nighttime.
In May 2014, construction works have started for the alternative route Linzerhaus between the stations Spital am Pyhrn and the north portal of the Bosruck tunnel. The ÖBB is building a double track section on 1.4 kilometres length. “The expansion allows higher performance on the Linz – Selzthal route” explains project manager DI Werner Prem. Apart from the construction of two railway underpasses, three passages and new noise barriers, the works will focus on earthworks. In total around 160,000 m³ of earth material were moved besides the Pyhrnpass road.
From September 12 to October 17, 2015, on the new embankment railway lines with two tracks will be built, including crossovers and catenaries, and integrated into the existing track. The alternative route can start operation by the end of the closure. The existing track and the associated old technical equipment will be removed.
www.oebb.at