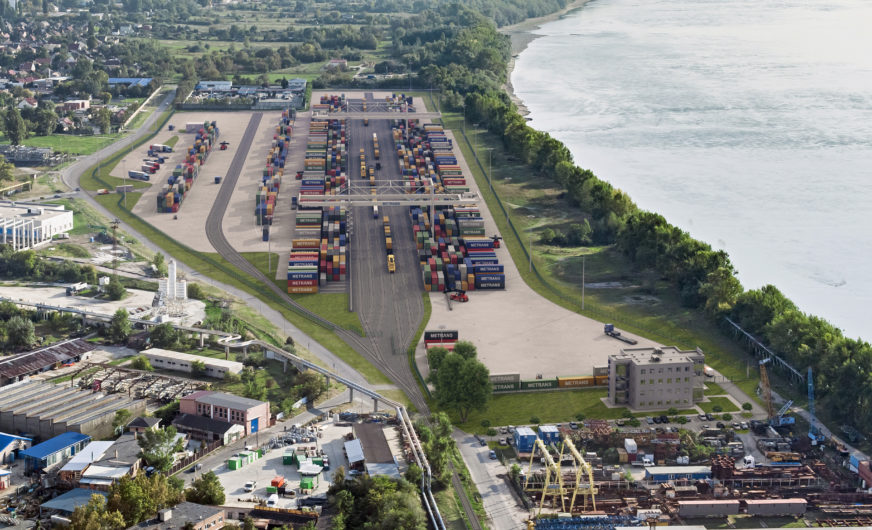 Setting up a new container hub in the heart of Europe, Metrans, an intermodal subsidiary of Hamburger Hafen und Logistik AG (HHLA), further expands its position in Central and Eastern Europe. The Hungarian Minister of Foreign Affairs and Trade Péter Szijjártó, Chairman of HHLA’s Executive Board Klaus-Dieter Peters and Metrans Managing Director Peter Kiss laid the foundation stone for a new railway hub terminal in the Hungarian capital, Budapest this week. Its location makes it an ideal interface between the seaports of Northern Europe and South-Eastern Europe. Metrans and HHLA thereby further strengthen their hinterland network and improve connections to a key European growth region.

In addition to a railway connection, the terminal in Budapest also has a connection to the road network. There are also possibilities to develop the terminal further for trimodal use, which would enable inland ships to be handled via the Danube. Container trains are to be handled by two gantry cranes on six rails, each 650 metres long. Two additional rails, each 500 metres long, provide a connection to the empty container depot.

Klaus-Dieter Peters, Chairman of the Executive Board of Hamburger Hafen und Logistik AG, emphasises the strategic significance of the terminal:

“The new hub terminal in Budapest has a strategic function. With it, we have another hub for container transports that we can use to connect Central and Eastern European growth markets even more closely to our hinterland network. At the same time, we are able to improve our access to the regions of Southern and South-Eastern Europe, in particular the ports on the Adriatic Sea and in Greece.”

The terminal in Budapest is scheduled to enter service in 2017. It is initially expected to create 200 new jobs. “Today, Metrans also has an annual transport volume of around 170,000 standard containers (TEU) in Hungary, “ says Peter Kiss, Managing Director of Metrans, who sees significant opportunities for his company with the greater presence in Hungary. “From 2017, we will be able to offer our customers a high-performing facility,” he adds.

2 reach-stackers for the empties depot