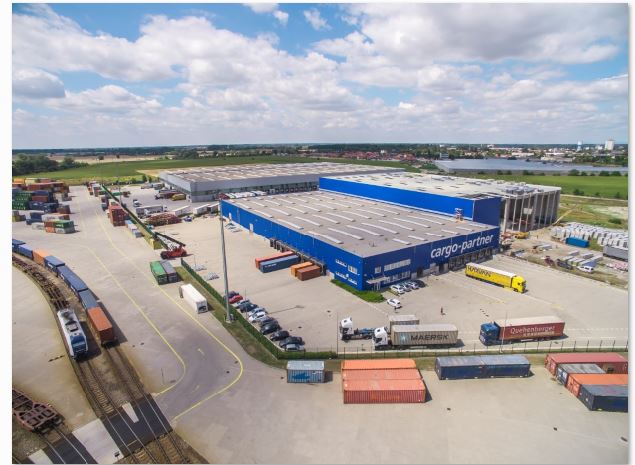 Dunajska Streda is Slovakia’s only rail terminal to have a direct connection to several off-dock warehouses, where containers can be loaded straight onto the train. HHLA’s intermodal affiliate Metrans handles additional shipments using reach stackers.

This concept has been so successful that the market leader in European shoe retail, Deichmann, doubled its logistics areas at the terminal in 2015. The logistics company cargo-partner is curently investing EUR 3 million in expanding its warehouse, which is also situated at the rail terminal, to 14,200 m² and 22,000 pallet spaces. A German discount clothes store is currently also building a new logistics centre in the vicinity.

Peter Kiss, Managing Director of Metrans Danubia: “We are delighted that with the support of our partners we have been able to turn Dunajska Streda into a true logistics hub so quickly. Now we want to continue growing together!”

The success of the Slovakian hub terminal Dunajska Streda is based on centrally pooling container shipments, which are regularly hauled by block train to the ports of Hamburg, Bremerhaven, Koper and Trieste, or which come from there. Transportation to or from the core markets of Slovakia, Austria and Hungary is usually undertaken by truck.

In Slovakia and Hungary in particular, exports have grown strongly in recent years, so that both imports and exports are now well balanced. Container handling at the terminal grew by eight per cent from 547,252 TEU in 2014 to 590,554 TEU in 2015. In the first half of 2016 the volumes handled again increased by more than 11 per cent.

On 9 September Metrans, in partnership with shipping company MSC, served a new rail connection between the Italian port city of Trieste and Dunajska Streda for the first time. In the start-up phase, the container block trains will shuttle between the destinations once a week.