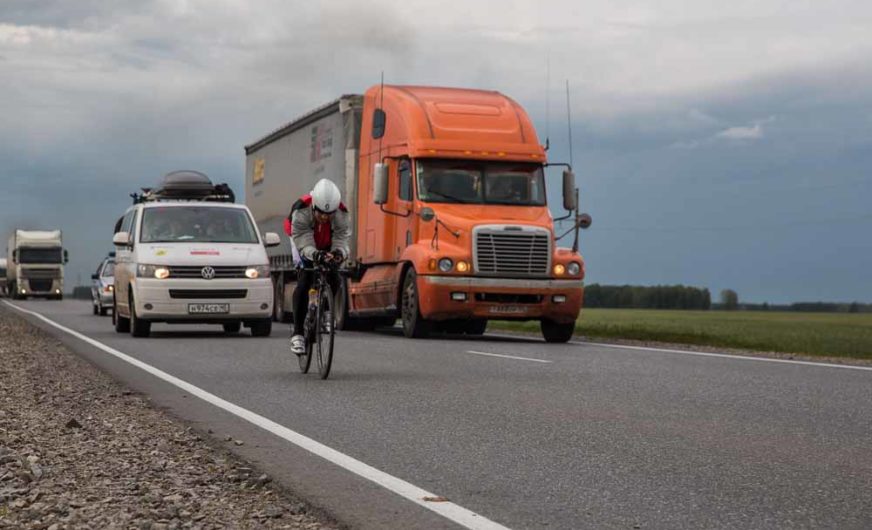 After being part of the Race Across Russia in 2014 and 2015, the Vienna-based forwarding company Russia Fachspedition Dr. Lassmann GmbH is going to support Edi Fuchs, Austria’s only participant.
Edi Fuchs will face this challenge as a solo driver and will thus cover the total distance of 9,250 kilometres from Moscow to Wladiwostok on his own. An incredible challenge for body & mind!
„Apart from our role as the main sponsor we support the team of Eduard Fuchs also by providing our decades of experience in Russia and in all logistic challenges“, the management informs on their website.
Almost entire Russia must be crossed in the Red Bull Trans-Siberian Extreme: Start in Moscow – finish in Wladiwostok.9.250 kilometers, 15 stages, 23 days. These are the key figures of the world’s longest bicycle race – the Red Bull Trans-Siberian Extreme.
The participants will cycle along the entire route of the legendary Trans-Siberian Railway, covering stages varying from 300 to 1,400 km each. Due to the unique sports concept and the incredible length of the stages the race outshines races like the Race Across America or the Tour de France and starts a new chapter in the history of ultra stage bicycle races.
The Red Bull Trans-Siberian Extreme“ (RBTSE) will start on 15 July 2015 in Moscow.
www.russia.at