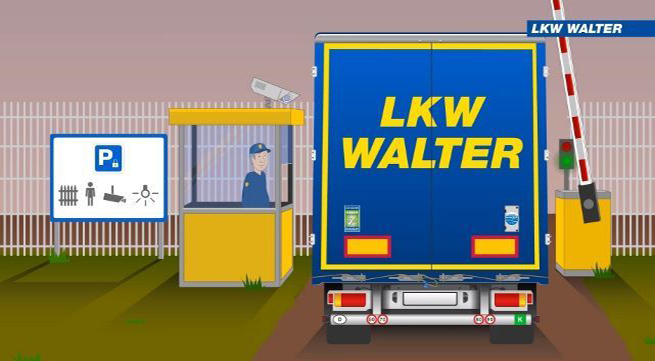 Lkw Walter Internationale Transportorganisation AG headquartered in Wiener Neudorf has generated sales of EUR 2.01 billion in the 2017/18 financial year, ending in March 2018. This ia a 2.7 per cent increase, or by EUR 52.7 million respectively, compared to the previous reporting period 2016/17. This was reported by the news service NÖ Wirtschaftspressedienst, referring to the company’s recently published balance sheet.

Lkw Walter is mainly operating international transports, as becomes visible in its sales breakdown. Close to 93 per cent of the total revenue was generated abroad, and just above 7 per cent within the country. The company’s sales abroad have risen by EUR 47.2 million or 2.6 per cent to around EUR 1.86 billion, while national sales rose by EUR 5.5 million or 3.8 per cent to EUR 150 million. With an annual average number of staff of 1,760 people, Lkw Walter Internationale Transportorganisation AG transported more than 1.45 million full truck loads to their destinations in Europe, North Africa, the Middle East and in Central Asia.

Since the early 1980s, Lkw Walter has been developing intermodal transport solutions, offering “green” added values as well as significant benefits. Through its more than 300 daily departures on more than 200 short sea and rail routes, the company links Europe’s major economic centres by combined transport.

The family-owned business was founded in 1924 and is amongst the largest 50 companies in Austria today. Lkw Walter Internationale Transportorganisation AG is a company of the Walter Group, which also includes the Walter Business Park in the industrial centre NÖ-Süd in Wiener Neudorf, the Container trading company Containex as well as Walter Lager-Betriebe, Walter Leasing, Walter Immobilien, Containex Immobilien and Walter Projekt.