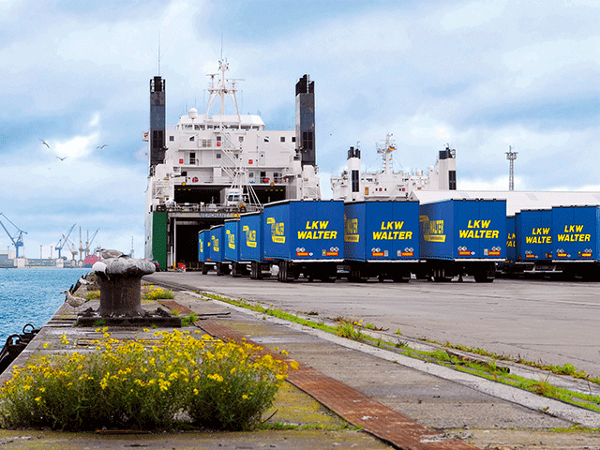 LKW Walter Internationale Transportorganisation AG, which is operating European full load and combined transport and has its headquarters in Wiener Neudorf, generated sales of almost EUR 2.1 billion in the 2018/19 financial year, endeding at the end of March 2019. This is an increase of EUR 68.5 million or 3.4 percent compared to the previous period. Profit before taxes amounted to EUR 65.1 million. These figures are reported by the news service NÖ Wirtschaftspressedienst based on the recently published company balance sheet.

The fact that LKW Walter is mainly operating cross-border transports, is reflected in the distribution of its turnover: More than 92 percent of the total revenue was generated abroad. The foreign sales of the FTL/UCT specialist  increased by EUR 57.8 million or 3.1 percent to almost EUR 1.92 billion, the domestic sales by EUR 10.6 million or 7.1 percent to EUR 160.7 million. With an annual average of 1,781 employees, LKW Walter Internationale Transportorganisation AG has transported more than 1.45 million full loads to their destinations in Europe, North Africa, the Middle East and Central Asia.

The fully family-owned business was founded in 1924 and is among the largest 50 companies in Austria today. LKW Walter Internationale Transportorganisation AG is a company of the Walter Group, which also includes the Walter Business Park in the industrial centre NÖ-Süd in Wiener Neudorf, the Container trading company Containex as well as Walter Lager-Betriebe, Walter Leasing, Walter Immobilien, Containex Immobilien and Walter Projekt.